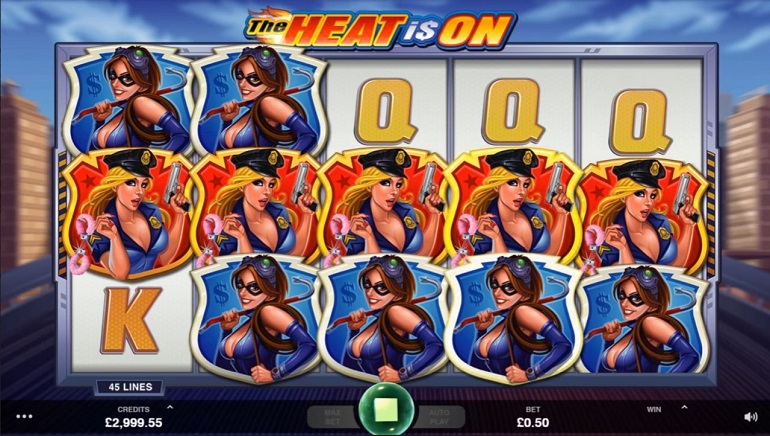 Microgaming is all set to release three brand new games in March, creating a lot of excitement among online casinos and players alike.

Things are shaping up to bring us very exciting March, with three brand new Microgaming games set to hit virtual shelves. One of the leading games suppliers in the market, Microgaming never seems to rest, and it is becoming apparent 2017 will be a very busy year for the company.

The first of the three slots we'll get to enjoy this March, Pollen Party is an exciting game featuring 720 ways to win on an unusual 3-4-5-4-3 reels' setup. Set on the backdrop of a honeycomb, Pollen Party will offer plenty of ways to win sweet prizes, with scatters and bonus symbols triggering free spins and Babee bonus game based on the pick-and-choose principle. Featuring symbols like bees, honey jars, honeycombs, and more, Pollen Party slot promises a lot of fun and some big winning opportunities.

Emperor of the Sea

Relying on the symbols from the Asian tradition, Emperor of the Sea promises some fast-paced action with stacked Wilds and the free spins round featuring special Growing Wilds. Players will get to choose their preferred number of paylines - 38, 68, or 88, with all three numbers believed to represent luck in the Asian culture.

During free spins, players will also get to benefit from the Rolling Reels feature, giving them a chance to win big, with symbols from the winning lines disappearing and making way for new symbols.

Exciting gameplay combined with interesting symbols like Green Dragons and Lucky Turtles and traditional Chinese music playing in the background will provide a fully-rounded experience for all the players who decide to try their luck with Emperor of the Sea.

The Heat is On

Third new slot coming to us in March is The Heat is On, a game featuring a cat burglar Selina and a cat police officer Jean hot on her heels. With stacked scatters, this 45-paylines slot offers a chance to win up to 80 free spins which can be re-triggered, opening doors for some massive wins.

You can expect all the games to become available at leading Microgaming-powered online casinos in the coming weeks.