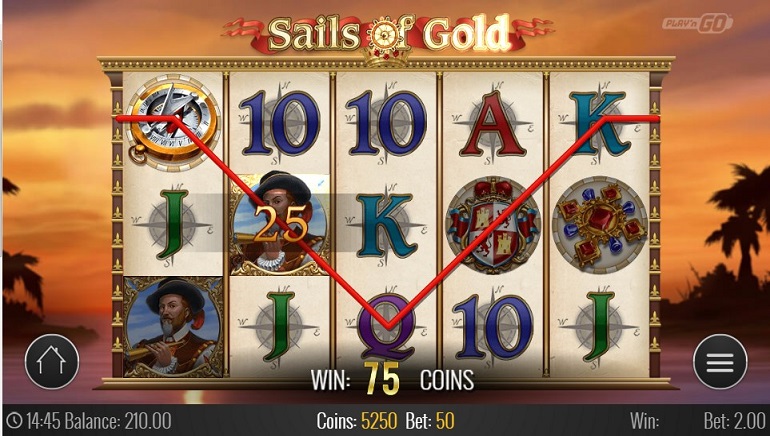 Three adventurous new slot games have been released at Play’n GO casinos. Book of Dead, Golden Caravan, and Sails of Gold are all new for June 2016.

From June 2016, Play’n GO casinos will have three new slot games for players to try. These are called Book of Dead, Golden Caravan, and Sails of Gold – all will be available from leading Play’n GO sites, including Casino Cruise, VegasCasino.io, and Video Slots Casino.

Book of Dead has been designed as an Egyptian slot starring a heroic adventurer named Rich Wilde, who is tasked with confronting mythical characters from the days of ancient times. Play’n GO has created the five-reel slot with 10 paylines from which players can build winnings.

The pivotal special feature of the game is to land at least three Book of Dead symbols to acquire 10 free spins. At this time, a normal symbol will also be altered into a stacked wild symbol that can cover one whole reel. During the gameplay, the maximum jackpot is 250,000 coins.

Golden Caravan switches the geographic focus to Arabia, where players can embark on an adventure through the sands. From a design standpoint, Golden Caravan is incredibly similar to Book of Dead in that both five reels and then 10 paylines dictating the gameplay.

The camels act as scatter symbols, with 10 free spins awarded if three land anywhere at the same time. An added perk of the spins is that all winnings will be boosted by a 2x multiplier. During this feature, players can use the camels as wild symbols and retrigger yet more free spins.

Play’n GO has really committed to its adventurous direction by also designing Sails of Gold as a historical travel slot. This time around, players get to set sail across the high seas in search for the East Indies. And the captain at the helm of the ship will be none other than Christopher Columbus, who serves as the wild symbol.

Made with five reels and 10 paylines, a ship has been chosen for the scatter symbol. If players can land three simultaneously then they will be rewarded with 10 free spins. After any win, players will have the choice to play a gamble round to boost their winnings further.