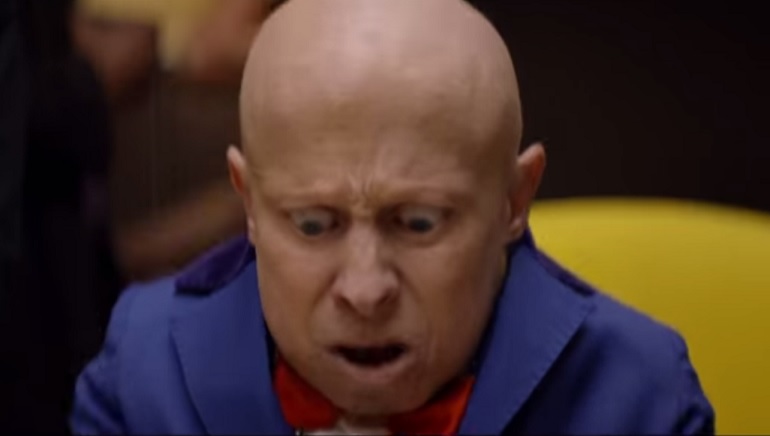 Online gambling doesn’t always have to be a serious business. Not when the likes of Mini Me and Mr Green are involved.

There is an abundance of serious TV adverts in the world, which is why many businesses strive to break the mould by injecting humour as a means of entertaining their customers. Well, the online gambling industry is no exception, with a number of high-profile UK operators presently lightening the mood with their amusing TV adverts. Allow us to introduce you to three of our current favourites.

LeoVegas is in the midst of an ambitious TV advertising campaign throughout the UK, attempting to win over gamers with a fresh brand of casino humour. A man strolls down an average UK high-street, sporting purple trousers and a stylish jacket. People glance in his direction, unable to take their eyes off him. Only when he arrives in his local barber shop do we discover exactly why. The man has a lion’s head and is at the barber shop to have his glorious mane trimmed. This unexpected advert has already had millions of views on TV screens.

Verne Troyer, who plays Austin Powers character Mini Me, invites poker star and all-round playboy Dan Bilzerian to his penthouse for an evening of blackjack. Just seeing an enormous gorilla accompanying Bilzerian in a tiny elevator would normally be funny enough, but then we also get to see Mini Me throw a tantrum later on when he loses after Bilzerian wins by getting a two when he is already on 19. Media reports revealed earlier in the year that Paris Hilton would be joining the gentleman to create an even funnier trio.

Mr Green and His Lavish Playground

Mr Green has been a strong brand for many years, but this image only strengthens with the latest advert. Seeing the mysterious Mr Green dance into a room and command all of the attention, much to the dismay of a couple of jealous gents, is particularly funny. He then takes to the dance floor to deliver a stunning move that captivates all in the immediate vicinity. The final highlight is seeing star characters from popular slot games such as Gonzo’s Quest and Bloodsuckers also make cameos towards the end.

Online Gambling Ads Up For Question