Seven-time Tour de France winner Lance Armstrong is back at the Tour de France for another shot at the title, but he trails three other cyclists in the odds betting for the event, which runs from July 3 to 25.

Of course, in such a grueling competition, there is also interest in who will win the various categories, including the sprint and mountain stages, and the team and individual classifications.

In the 100th year of the inclusion of the Pyrenees in the Tour de France, the six mountain stages will win particular focus from fans and punters alike.

Spaniard Egoi Martinez heads the field for the King of the Mountains, 7/1 at William Hill, ahead of Estonian Rein Taaramäe and Dutchman Robert Gesink.

The competitors will have to ride for a total of 20 individual days over the 23-day Tour, with the longest day being the 227 km flat stage from Montargis to Gueugnon in eastern France.

The Tour finishes on July 25 with the tradition ending at the Champs Elysees in Paris.

Tour de What?
Betway Poker are running their own 22 day event, called the Tour of Poker. With great events and prizes to match each stage of the French Tour, it is well worth a visit. 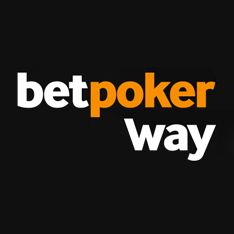