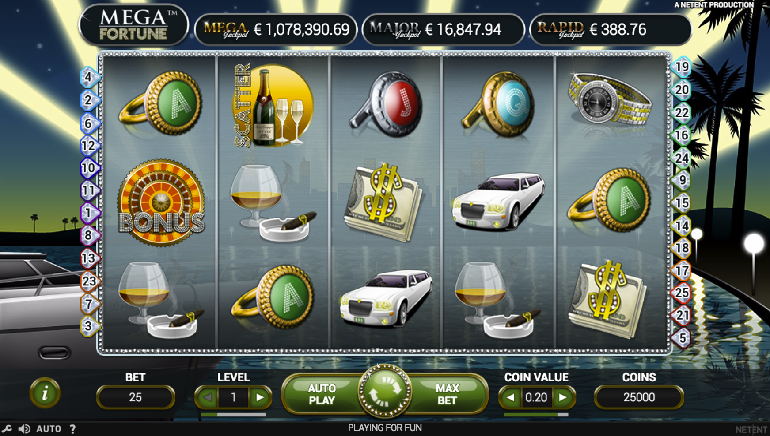 The year 2018 continues to be a great one for big progressive jackpots. We've already had quite a few major scores ending up in the pockets of lucky winners and a couple of weeks ago, we saw two of them win massive NetEnt jackpots - on the very same day. These progressives don't come around so often, so to have two of them land on the same day is quite a statistical anomaly, but it also proves that anything is possible in online gambling.

More Than €7.5 Million in Combined Winnings

The smaller of the two scores came on PokerStars Casino, where a luck UK player was having some fun with Mega Fortune, playing €1 a spin, when he triggered the bonus feature, giving him a shot at one of three progressive jackpots. In his own words, the lucky winner was very excited and covered the screen with his hand, not wanting to see the result until it was all over. When he removed the hand from the screen, he was in for a surprise, as he became the latest Major Jackpot winner, pocketing €2,667,437.

On a completely different online casino, another player was also experiencing the lucky streak of his life, playing Mega Fortune Dreams, a similar but separate NetEnt's progressive jackpot slot. The jackpot ticker reached the amount of €4,084,430 when he managed to trigger the bonus wheel, making his way all the way to the inside circle and landing the main prize.

In the following months of 2018, we can fully expect more wins to land across online casinos, including more NetEnt jackpots on games such as Mega Fortune and Mega Fortune Dreams, as well as other popular titles like Hall of Gods or Arabian Nights.

From NetEnt, they hope there will be plenty more big wins in the future. Every time a major jackpot lands, it is one life changed in a significant way, and the company enjoys all the good press that comes their way after every such win.