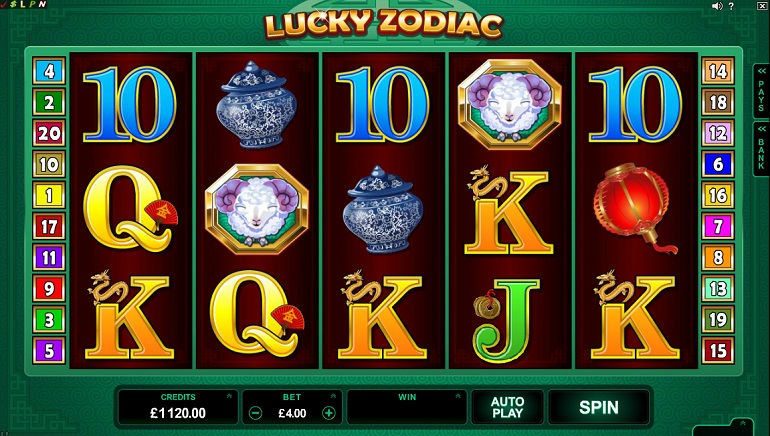 New games are the lifeblood of every online casino. A stagnant stream of new content is a sure-fire way to bore players and force them to look elsewhere. Jackpot City Casino continues to add to its enormous selection of games by consistently drawing from the wealth of excellent titles developed by Microgaming. Most recently, Jackpot City added two exciting new slots in the form of Rugby Star and Lucky Zodiac for its players.

Microgaming’s Rugby Star slot has been optimised to allow for players to experience it on smartphones and tablets via Jackpot City. This is perfect timing for fans who are currently enjoying the knockout stages of the 2015 Rugby World Cup. And there is much more to appreciate about a lost with the potential for a maximum $120k jackpot.

Rugby Star is a five-reel slot that has been built with Microgaming’s signature 243 ways of winning concept. During gameplay, there is the possibility for the Wild Pass feature to trigger at random on reels two, three, or four. Three or more scatter symbols will then lead to the reward of at least 15 free spins – up to 25 free spins can be unlocked.

The Signs of Lucky Zodiac

Star signs feature prominently in the other new slot, entitled Lucky Zodiac. Also featuring a five-reel structure, Lucky Zodiac allows for players to wager on up to 20 paylines against a visual backdrop that embraces ancient Chinese imagery.

Lucky Zodiac is another rewarding slot for players, given how it’s possible for them to trigger 12 free spins by landing three scatter symbols on the screen. During the free spins, the zodiac will turn wild and can offer up to 7x multipliers.

Jackpot City will be a popular destination for both new slots, but players will also be able to find them over at Gaming Club Casino.