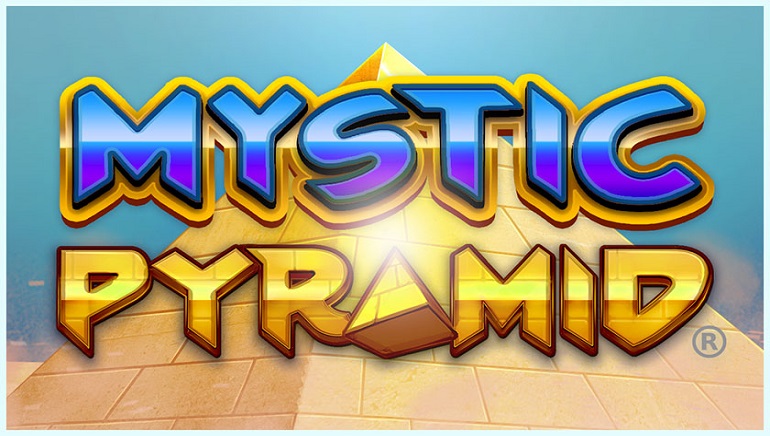 Players will find themselves among the tombs of ancient Egypt with the new 5-reel, 20-line Mystic Pyramid online slot from GAMING1

Mummies, pharaohs, and beetles feature in the brand-new Mystic Pyramid slot machine from GAMING1. This PC and mobile compatible game plays out over 5 reels and 20 lines, and comes with exciting features such as a Sand Wheel that spins up free games and prize-picking rounds.

Adventure On The Nile

The high quality symbols include stone-effect playing card icons, treasure chest, priestess, and pharaoh. A golden serpent wild symbol acts as others to complete combinations if needed. Transparent reels sit against a backdrop of the pyramids and little details include animated snakes to either side of the Spin button.

Three or more pyramid bonus symbols unlock the Sand Wheel that spins up to 3 times to award credit prizes and entry to 1 of 3 features. The Secrets of the Labyrinth round tasks players with find their way around tombs to reach a treasure room, earning greater prizes at each of the 5 levels.

The Giant's Tomb bonus consists of 9 free spins with stacked sticky wild symbols, and on the last game, up to 4 reels can fill with wilds to create multiple combinations..

In the Golden Pyramid round, players build a pyramid over 6 stages, breaking rocks to move up to a prize of 2,000x the stake.

Sylvain Boniver, COO at GAMING1 said: “Mystic Pyramid is by Pharaoh and away one of most thrilling casino games out there and we’re sure players will love trying to find their way around the labyrinth of passages in search of the treasures of Ancient Egypt. It’s fantastic to make such an innovative and exciting addition to GAMING1’s catalogue as we continue to expand our reach in regulated markets across the globe.”