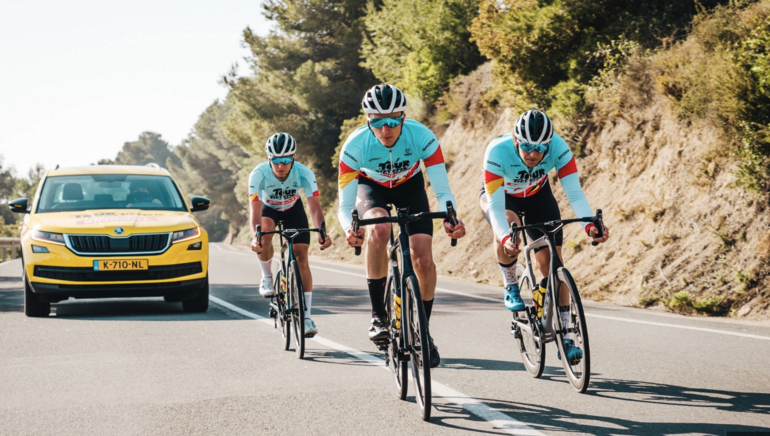 Unibet is continuing a sponsorship move into the pro cycling space with TDT.

The new agreement calls for the January 1 2023 launch of Unibet as the primary sponsor of continental-level competitor TDT-Unibet Cycling Team.

Currently operating in Netherlands and Belgium with aspirations of achieving ProTeam status shortly, Tour de Tietema will team with Unibet in its rise to global competition status with the goal of inspiring sports enthusiasts to start cycling.

Along with TDT, Unibet will maximize social engagement through partnerships and active sponsorships through the local CSR programme Unibet Impact. The program will be launched in the Netherlands with the social goal of fostering “a safer and more responsible online gambling industry.”

We are extremely proud to work together with Tour de Tietema. Their dedication combined with their boldness to do things differently is a big inspiration. It's an honour to help make their long-lived dream to start a cycling team a reality.

Besides helping TDT become a pro competitor, Unibet is advancing its own organisational passion for cycling that was kindled 15 years ago:

Besides, the cycling world is not new to us as Unibet previously sponsored a cycling team back in 2006 and 2007. We are therefore convinced that we can fuel the ambitions of this new cycling team.

TDT Founder Bas Tietema was thrilled with the partnership as well, expressing his organisation’s delight at having Unibet as main sponsor:

With Unibet, we have found a partner who has great confidence in our vision and supports us in our dream of turning the cycling world upside down with an innovative approach.

The spirit of sharing enthusiasm has been ingrained at Unibet since its founding in 1997. Founder Anders Ström sought to share his sporting expertise to help other players make more informed bets.

The priority of informed bets has driven the development of Unibet to this day, according to the company website. Unibet’s expertise in identifying the needs and goals of players reflects the engagement plan built into the TDT partnership.

The matching culture of both Unibet and TDT makes this look like a win-win deal which will accelerate the expansion of both partners.