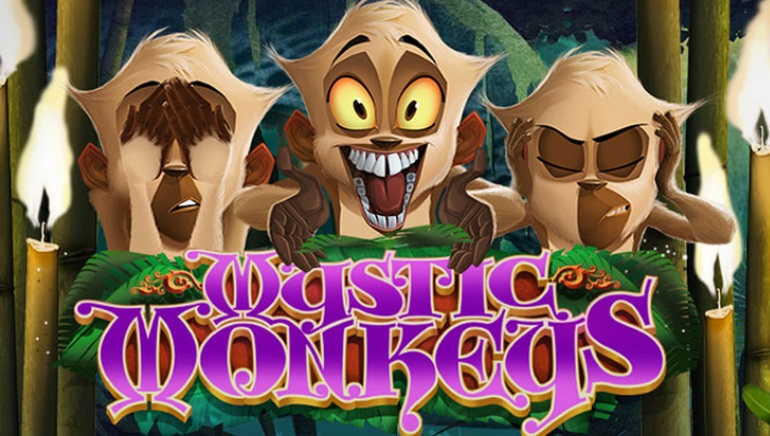 Mystic Monkeys is the latest slot release at Unibet, and it can be found across three formats, HTML5, Flash and native devices.

Mystic Monkeys is the latest slot release at Unibet. Coming from the Genesis Gaming supplier, it has been launched simultaneously across Flash, HTML and mobile versions of Unibet, which is the first time a game has been made available at the same time on all versions of a site. Specifically designed to give customers access to the same game however they choose to play, the game is run on the Relax Gaming software platform that partners Unibet across their operation.

Mystic Monkeys is a cartoon style game with 5 reels and 50 paylines, where the three monkeys and fruit symbols bring about the wins, while the Buddha character acts as the Wild to reward extra winning combinations.

During a free spins round, one of the monkeys will acts as an extra Wild, locking into position for remaining spins to bring more frequent wins as the free games progress. A fun jungle style soundtrack and entertaining theme means that players will enjoy Mystic Monkeys whatever way they choose to play.

This is a significant game in more ways than one, as the fact that it has been released across all platforms at once means that players will not have to wait before finding it, and this is believed to be an industry first.

James Wilson, the European sales director for Genesis Gaming has said this 'Triple Play' release ''.. is essential for engaging players optimally where and when they want access to our games.''  He added that four more games are due for Triple Play release in the coming months.

Danial Eskola, who is Unibet's head of gaming stated that “By making game releases live simultaneously on all our casino channels, it creates a better experience for our players. Once they hear about a new game, they can play the game on their preferred channel, or on all three.”