Mega Millions is starting to resemble the magnitude of US Powerball.

US Powerball has been all the talk lately, but some in the online lottery world are now beginning to turn their attention to another American lotto, Mega Millions, which will jackpot to $189 million Tuesday night.

How to Play Mega Millions

This is how you play Mega Millions at Lotterymaster. No matter whether you are in one of the 50 US states or abroad, just log onto this online lotto site and register in a few quick steps. Choose six numbers from the two guess range options: five from 1-56 and a sixth Mega Ball from 1-46. Roll your mouse over the digits to select.

This Tuesday night's draw is just the tip of the iceberg. Due to Lotterymaster's convenient subscription service, you never have to miss out on another opportunity to win Powerball, Mega Millions or any other prize. Just subscribe to your lottery of choice to automatically participate in every draw.

Powerball went off for $400 million last week, with a ticket purchased on land at a South Carolina gas station, according to national lottery officials. The winning numbers were 7, 10, 22, 32, 35 and Powerball 19, and this was fifth-largest jackpot in the history of American lottery jackpots.

The lottery winner, a male who declined to be named, bought his terminal-generated winning ticket at a Murphy USA gasoline station in Lexington, central South Carolina. This was the first ever win for the station.

Could the next Mega Millions or Powerball win be purchased online? 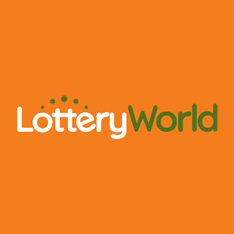