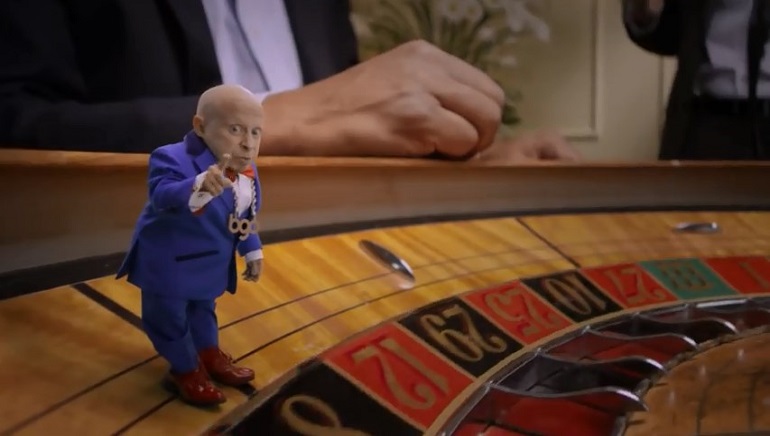 Verne Troyer earned his claim to the fame playing the role of Mini-Me in the Austin Powers franchise and went on to build an avid career, taking on his role of the "Boss" at bgo Casino in 2014.

Verne Troyer, the actor who earned his claim to the fame playing Mini-Me in Austin Powers movies, passed away on Saturday, April 21, in the age of 49. Apart from his roles in Austin Powers and other movies, such as Harry Potter and the Sorcerer’s Stone, The Love Guru, and The Imaginarium of Doctor Parnassus, Troyer has also become renowned in the online gambling industry as the titular "Boss" for the bgo Casino.

Verne Troyer has found a lot of success in the acting career despite being 2ft 8in tall. In an interview for the Guardian in 2015, he explained that his height never fazed him too much and that he grew up in a family where he was given no allowances because of it, as he had to everything his bother and sister did.

Troyer's family announced the sad news on the social media, without disclosing the cause of death at this time. In the brief statement, they emphasized Verne was always an optimistic person who wanted to make everyone happy and bring smiles to people's faces.

Playing the Role of the bgo Boss

Verne joined bgo Casino in 2014 and the entire site experienced a thorough overhaul to bring attention to the fact that the casino had the new "Boss," the one who was there to take care of the players but also make sure they don't win too much. This idea fit perfectly with Troyer's recognizable character of the capricious movie villain.

The casino launched a strong advertising campaign called "Beat the Boss," inviting players to join bgo and take their shot at winning, showing the "Boss" who's really the boss. Over the next few years, Verne's boss character has become synonymous with bgo Casino.

Although Troyer was battling some health issues, his early departure has caught his friends and colleagues unprepared, and many of them took it to the social media to share their condolences and send messages of support to his family in these difficult times.

As for all of us here at Online Casino Reports, all we can say is farewell Boss, you will be missed!