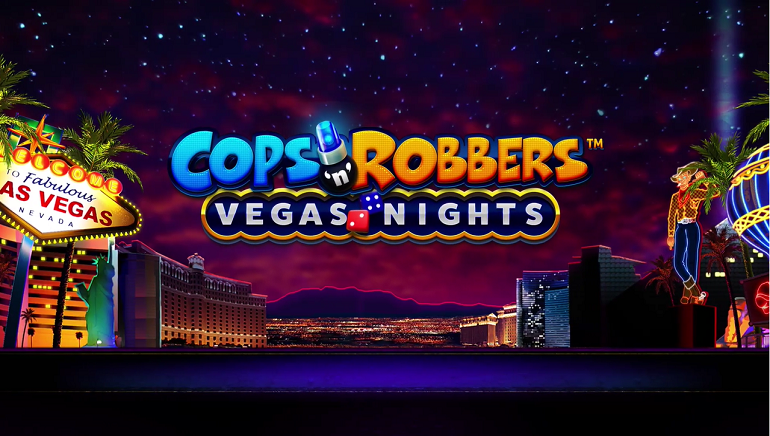 Cops ‘n’ Robbers: Vegas Nights is the 5,000th that has been launched on Videoslots Casino, which offers software from more than 150 providers.

Videoslots Casino is known for offering one of the largest ranges of games in the entire industry. Having celebrated the launch of 4,000 games barely a year ago, Videoslots has announced that the online casino site released its 5,000th game by the end of February 2021.

The game in question was the Cops ‘n’ Robbers: Vegas Nights slot that has been developed by Greentube, which is responsible for other major releases such as Silver Trails, Captain Venture, Arctic Empress, Spooky Spells, Rising Tiger, Seven Seas Jackpot, and From Dusk Till Dawn 10.

Videoslots operates as a mobile-friendly casino site that enables users to search for their favourite slot formats from a user-friendly navigation bar. This features options that include bonus rounds, free spins, progressive jackpots, multipliers, random wilds, and more.

At Videoslots Casino, the cashier is protected by encryption and is regulated in Denmark, Malta, Sweden, and the UK. When looking for a payment method, users can consider making their transaction via PayPal, MasterCard, eco, VISA, EUteller, Flexepin, GiroPay, Interac, MuchBetter, Skrill, NETELLER, SIRU, paysafecard, Trustly, RAPID, Zimpler, Neosurf, and Klarna.

As a regulated casino site, Videoslots seeks to inform players by providing them with text-based guides and materials to read. Communication is another important pillar and support can also be given via live chat, email, or telephone. Videoslots also exhibits a commitment to responsible gaming and seeks to combat underage gambling and to connect players with professional support to combat any issues that emerge.