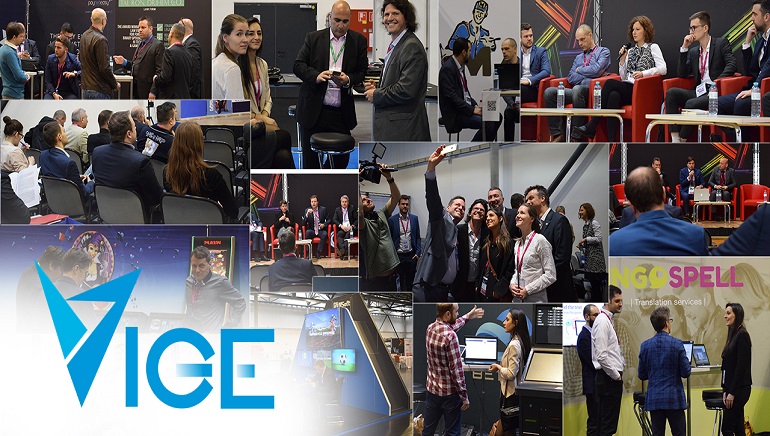 ViGE 2018 will focus on the growth of the eSports industry and discuss new opportunities for the operators, especially in the regulated markets.

Vienna International Gaming Show (ViGE) 2018 will be taking place on May 31, 2018, at Meliá Hotel situated in Austria's capital. Like every time so far, the Expo is set to gather a great number of industry leaders, experts, and insiders looking to share their knowledge, insights, and experiences, with the least of scheduled speakers and exhibitors still expanding.

One of the latest speakers to be included in the event's agenda is Tom Lemke of Unikrn, a company offering eSports betting services for fun and real money. Lemke is an experienced eSports insider who started his career playing Counter-Strike, becoming one of the top German players. Later on, he went on to co-found successful eSports teams such Mousesports and BIG. In 2007, he became involved in the betting industry, joining Unikrn in 2015 and taking on the role of the company's General Manager in 2017.

Lemke is one of several speakers who will talk about eSports during this year's ViGE. The industry has been experiencing a tremendous growth over the last few years, with the market value expected to reach $1 billion in 2018. This creates expansion opportunities for the European operators, which will be the focus of Mr. Lemke's presentation.

ViGE 2018 panelists will also give insights into the latest technological developments that could take the gaming industry to a whole new level. The Augmented (AR) and Virtual Reality (VR) stage will see a number of experts and enthusiasts from these particular fields share their breakthroughs and ideas. Anna Solovyova is one of them, speaking on behalf of Human Interface Technologies, the company she co-founded, focused on bringing the actual and virtual reality closer together.

A part of the conference will focus on new opportunities created by cryptocurrencies in the gaming industry in general and in eSports in particular. It will see presentations from the likes of Tomas Draksas, founder of the Ethereum-based casino Edgeless.io and other cryptocurrency insiders.

Apart from the speeches and presentations, participants will also be able to see many of the new technologies presented at the ViGE 2018 Demo Zone, where 15 companies will have their spaces. Some of the already confirmed exhibitors include Game Mentorz, BetConstruct, and ViARSys.

Of course, with so many industry insiders gathered in one place, Vienna International Gaming Expo 2018 will also provide great networking opportunities. There are scheduled networking parties as well as a dedicated networking space located in the Demo Zone.