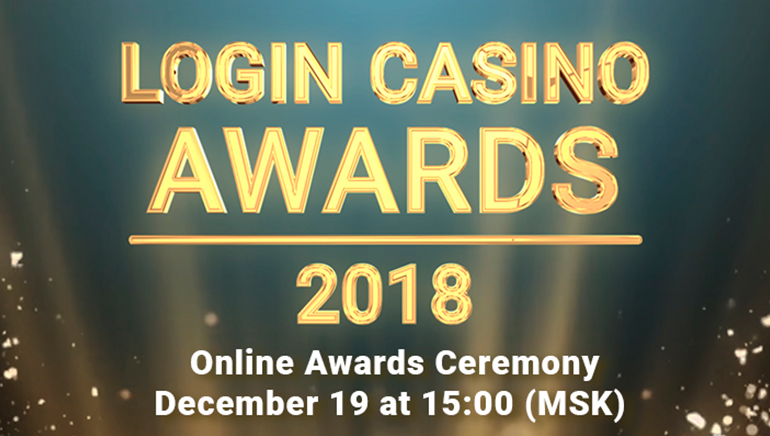 Voting has now opened ahead of the Login Casino Awards in December 2018, with entrants including Amatic, Endorphina, Habanero, and Tom Horn.

The organisers of the Login Casino Awards 2018 have revealed initial details ahead of the upcoming ceremony. Set up as an online ceremony, the awards are scheduled to run on 19 December 2018 at 15:00 (MSK). From now until 10 December, it will be possible to vote for candidates across a spectrum of possible awards.

Scope of the Awards

In terms of scope, the Login Casino Awards are geared towards countries from the Commonwealth of Independent States (CIS), which was established in the wake of the collapse of the Soviet Union, with member states including the likes of Russia, Moldova, Kazakhstan, and Belarus, among others.

The Login Casino Awards shall also be open to neighbours of CIS members, with examples including Georgia and Turkmenistan. All in all, it would seem that the awards ceremony is one the rise. In 2017, more than 5,000 people voted on the awards and more could follow suit in 2018.

The format means that the ceremony is effectively divided into two sets of awards. The first of those are the Login Casino Betting Awards, which appear to be focused more on sports betting operators and the services that they provide.

In this portion, voters will be able to help decide wins three categories. These include Person of the Year, Best Marketing Campaign, and Best Betting Company 2018, with prospects including Bingo-Boom, Leon, and Olimp.

The second set has been named as the Login Casino Gambling Awards. In contrast to the sports betting portion of the ceremony, the Gambling Awards are geared more towards recognising excellence in the field of game development.