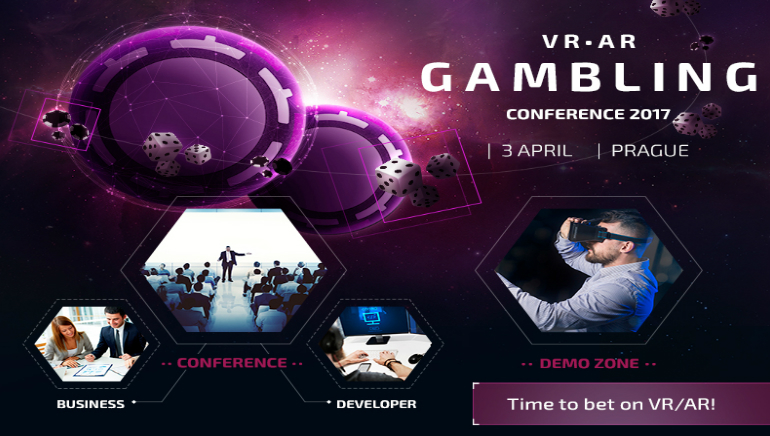 Organisers of the forthcoming VR/AR Gambling Conference 2017 on 3 April have announced two new speakers for the event.

The upcoming VR/AR Gambling Conference 2017 is dedicated to exploring the next wave of iGaming innovation in the industry. Eyes were already being drawn towards the historic city of Prague for this event on 3 April, but more people could now be interested after two new speakers were announced by the organisers.

The first of the speakers is KWP Limited co-founder Kevin Williams, who has been tasked with addressing the audience as part of the audience section of the conference. When making his talk, Williams will draw from a deep well of professional experience that has seen him work in areas such as market analysis and technology evaluation among others.

For those interested in hearing Kevin Williams, they can expect him to talk at length on the topic of “Mixed realities gaming’s technology jackpot”.

The second of the recently announced speakers is Initech CEO Ishay Tentser. In making his rise to CEO level, Tentser started out in networking and management before going on to co-found start-ups along the way.

Initech is an Israel-based software company that specialises in developing web and mobile applications for businesses. At a glance, some of Initech’s more prominent software clients have included Ezugi, Cloudyn, Game Effective, Meta Network, and Spot Option.

From working at Initech, Tentser has amassed considerable experience in the software realm. And this is why the organisers of the VR/AR Gambling Conference 2017 have turned to Tentser for the developer segment of the event.

Ahead of the conference, it has already been revealed that Tentser will deliver a presentation entitled “Personalisation via chatbots brings more leads and a better gaming experience”.