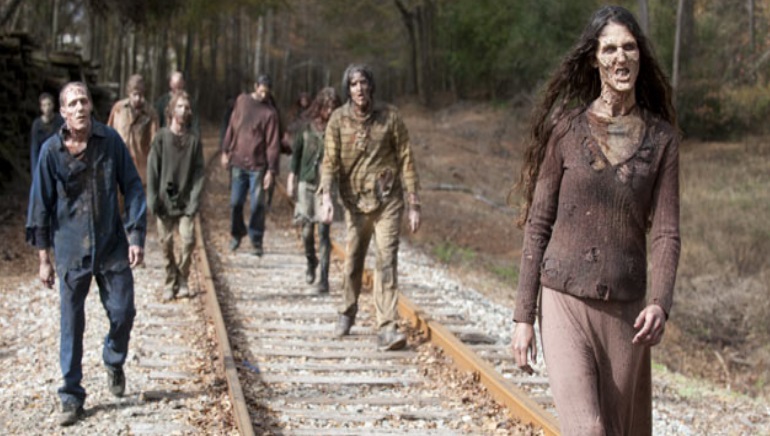 Nothing says horror quite like the Walking Dead. This zombie apocalypse hit series is about to start gnawing at your PC and mobile gaming device with the release of the Walking Dead Slots!

About The Walking Dead Slots

The Walking Dead is the latest slots game from Aristocrat Technologies and is sure to be a massive hit with Walking Dead fans and casino players alike. This game offers exceptional graphics and freaky clips from the horror show so players can enjoy a truly immersive Walking Dead experience. This slots game is only available at certain land-based casinos.

However, Aristocrat software operates at several prominent online casinos including bet365 Casino and Jack Gold Casino. It is possible that at some point in the future, Aristocrat will create an online version of The Walking Dead slots and it will be available at Aristocrat-powered online casinos. Players have been forewarned: if you hear a scratching sound within your PC, it may just be The Walking Dead!

Features and Highlights of The Walking Dead Slots

The Walking Dead slots offers a huge jackpot of $500,000. This mega jackpot is indeed one of the best features of this slots game. In addition, The Walking Dead is a penny slots game so it is really affordable to play. This game has two different wheels – one is the CDC (Centers for Disease Control) wheel and the other is the Atlanta wheel. The Atlanta wheel was added because the show is filmed in Atlanta, Georgia. The CDC wheel is a bonus feature that allows players to multiply their winnings, and it can also trigger the Grenade bonus feature. In the Grenade bonus mode, players will use Grenades to reveal their bonus prize. Huddle up, this game has got plenty of bite!