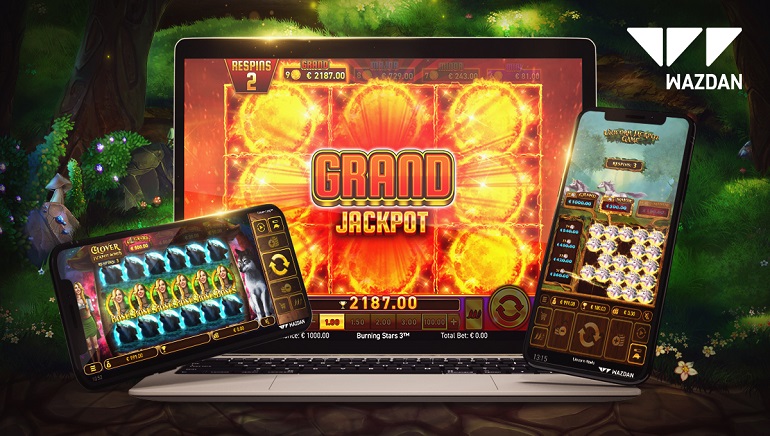 Wazdan, a global slot supplier is releasing a series of games all including the Hold the Jackpot feature.

Wazdan is one of the most well-known game developers in the industry and releases some of the biggest hits on a regular basis. They have won some prestigious awards from reputable sources and continue to churn out beloved games that both new and longtime players really like. A truly innovative studio, Wazdan uses some very unique features to give its games an edge.

One of those special features is their unique Hold the Jackpot function, which has gained global recognition among fans of Wazdan games. New Wazdan releases, Midnight In Tokyo, Fortune reels, and Prosperity Pearls all include Hold the Jackpot, and fans couldn't be happier about it.

The Hold the Jackpot is a bonus round that starts with 3 Re-spins. Every time a new symbol lands on the reels, their number resets. This adds a new level of excitement and players have now been expecting this from Wazdan games.

The first game to use this feature was Unicorn Reels, wherein players were put on a quest to find 25 Unicorns on the reels. This game has 21 prizes on offer, 3 mini-jackpots, and a chance to win the Grand Jackpot worth 1,000x the wager.

The next game to use this feature was Clover Lady, which began using Multipliers, as players shot for a 0.5x win on every Direwolf found, up to 7x. This would reward a player with up to 3,500x the wager, and, a Bonus round that takes place on 18 standalone mini-reels.

Andrzej Hyla, Chief Commercial Officer at Wazdan, said: “Our Hold the Jackpot products have been hugely well-received, and we’re delighted to add more of them to our roadmap, as they provide the unmistakable flavor that many players seek.