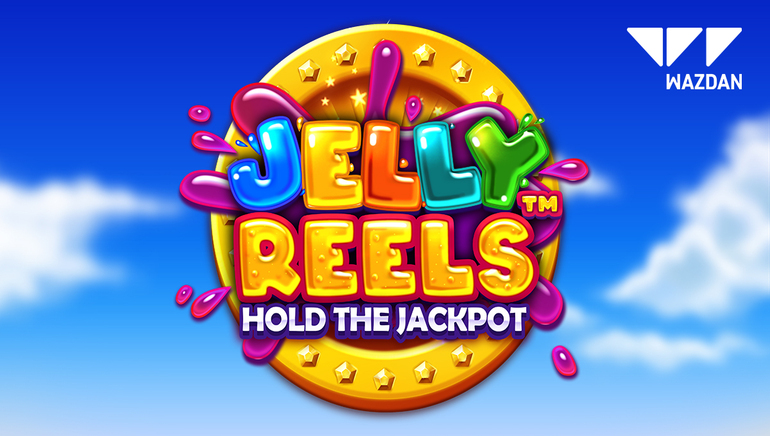 This exciting new slot offers an entertaining jackpot bonus round with special symbols added to the mix, making every spin filled with anticipation and keeping the players' attention.

A brand new game coming from Wazdan's workshop, Jelly Reels video slot is a colorful and action-packed game featuring an 8x8 grid and an amazing 16,777,216 ways to win. Combining cartoonish but sharp graphics with cheerful music with a big win potential and some unique features, Jelly Reels promises a lot of great entertainment on the reels.

Fruity Symbols All Over the Place

Players trying their luck on new Wazdan's release will encounter classic casino symbols such as cherries, grapes, lemons, watermelons, and mandatory red 7s on the reels. But, apart from the symbols, there is nothing "classic" about this slot.

The game features 16,777,216 ways to win, with all combinations paying left to right as long as the symbols land on consecutive reels (starting from the first reel) regardless of their positions. On top of it, the game incorporates the cascading wins feature, with all winning combinations removed from the grid once they're paid and new symbols dropping in to create even more winning opportunities.

Players have a few extra options available to them as well, allowing them to choose between three different volatility and speed levels, giving everyone a chance to set the game up just how they like it and enjoy the Jelly Reels slot their way.

Big Jackpots up for Grabs in the Bonus

While the base game is exciting as it is, the bonus feature in Jelly Reels is where it's at. The bonus is triggered by landing at least six coin symbols on the reels, taking players to a new screen where they can collect coin values and jackpots: mini, minor, and major.

The feature starts with three spins and it resets every time a coin lands on the reels. Landing coins in bottom quadrants unlocks the upper, more valuable ones, as they're the ones where players can expect to see jackpots and collectors with multipliers land.

The Grand jackpot is worth 2,500 times the base bet and it can only be unlocked by filling the entire grid with 40 symbols.

For those players who don't like waiting, Wazdan game also offers three different feature buys: high, medium, and low volatility. The high volatility feature is the most expensive one, but it also offers the best chance of landing the Grand jackpot, which is the biggest payout Jelly Reels can produce.