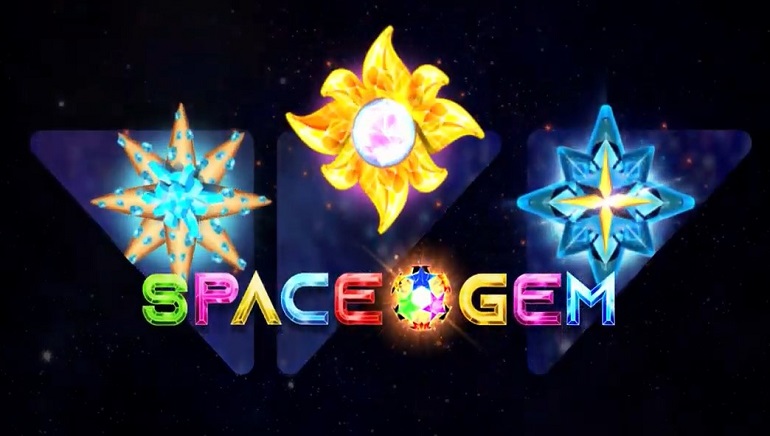 Space Gem is a new slot from Wazdan that takes players through the galaxy, where they will find precious symbols, expanding wilds and re-spin features

Wazdan has announced their latest slot game, with the out-of-this-world Space Gem ready for take off at online and mobile casino sites. Space Gem sends players on a mission to collect colourful symbols, encountering expanding wilds and reel re-spins along their journey.

Take Off On An Intergalactic Adventure

Space Gem was previewed at ICE London 2019, where attendees were given an exclusive insight to the feature-filled gameplay and impressive graphics. The reels are set against a star-filled backdrop, which makes the colourful symbols stand out even more.

This is a 6-reel slot, with 10 lines that pay from both left and right sides. A dazzling array of gems are joined by a special wild symbol that acts as others. The wild will also expand across any reel it lands on, locking in place while all other reels spin once more for free.

If players are lucky enough to land another wild symbol in this re-spin, then both wild reels stay locked in place, and it's possible to retrigger the feature one more time if yet another wild is seen.

Like other slots in the Wazdan range, Space Gem offers players some unusual options. The volatility of the game can be chosen from 3 levels, which extends the appeal to gamblers with different appetites for risk. There is a gamble feature, fast-play mode and energy-saving option.

Space Gem can be played on desktop PCs, smartphones and tablet computers. It joins an expanding Wazdan range that currently stands at 105 slots, table and video poker games.

Chief marketing officer at Wazdan, Jeremy Fall has said ''With the new release of the company’s new Unique Wazdan Feature, Big Screen Mode, Space Gem offers players a super-sized experience that is out of this planet.''

He added that ''As one of seven new titles showcased by Wazdan at ICE London 2019, Space Gem is a fantastic example of the high-quality and feature-rich games that our team are passionately designing and taking to market each and every month,"