What is KENO? And why is KENO so Popular? 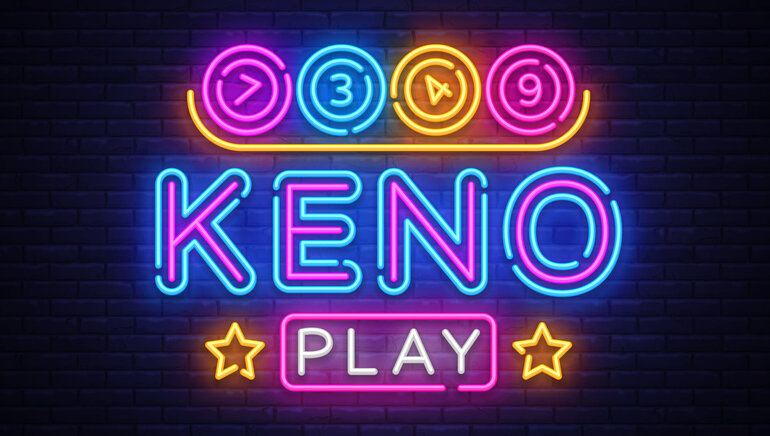 KENO is a numbers game. The modern version of KENO is a mix of lottery-style games and BINGO. Today, we're going to demystify the game of KENO and reveal everything you need to know about playing and winning KENO games. Buckle up, we're about to get started, folks!

KENO is a lottery-style game that has been played for centuries. This game is enjoyed by millions of people all over the world. The modern-day game of KENO is a hybrid game of lottery and bingo. The game is easy to learn and play, perfect for casual players and beginners. KENO also offers the potential for big payouts, which is why the game is so popular.

The number of KENO matches varies according to the numbers picked and how many are drawn. The odds of matching all the numbers drawn are usually very high, making it a game of chance. Some states require that a specific percentage of money wagered be returned to players, so winning is not always guaranteed.

How Does KENO Differ from BINGO?

How Does KENO Differ from Lottery Games?

Lottery games typically involve choosing a set of numbers and then waiting for a drawing to see if those numbers are among the winners. With KENO, players can see whether they have won after each drawing, making it a more immediate game. Also, lottery games usually have much higher stakes than KENO games.

Why Do People Love the Game of KENO?

In KENO, players are typically tasked with choosing up to 10 numbers from a pool of 80 numbers. The more correct matches, the bigger the payouts. KENO payouts are based on a percentage of the total amount wagered, so the more you bet, the higher your potential payout could be.

KENO Rules & How to Win at KENO?

KENO rules are simple – choose your numbers and wait for the drawing to see if you've won. Drawings occur every couple of minutes at land-based casinos and similar at online casinos. To win at KENO, you need to match some or all of your chosen numbers with those drawn. The more you match, the higher your prize will be.

There is no guaranteed way to win at KENO as it is a game of chance. However, there are specific strategies that you can use to improve your chances of winning. For example, picking numbers that have been drawn recently or choosing a mix of high and low numbers are both said to be helpful strategies. Since this is a game of chance, you can select any number between 1 and 80.

In KENO, numbers don't repeat in the same game. If a number is chosen, it can only appear once. This format results in an ever-changing probability of numbers being selected. Since the pool of numbers grows smaller with every number called, the likelihood of 'uncalled' numbers grows as the KENO RNG gets to 20 called numbers.

How much you Can You Win at KENO?

At most land-based casinos, the minimum bet for KENO is $1, and the maximum bet is $20. The maximum payout varies from casino to casino but is typical $100,000 or more. At online casinos, minimum bets are often as low as $0.01, and maximum payouts can be much higher than at land-based casinos – sometimes up to $1 million or more. Therefore, the bigger your KENO bets, the bigger your payouts are likely to be.

Are there Differences Between Land-Based KENO & Online KENO?

There are some differences between land-based and online KENO, but they are very similar overall games. One key difference is that online players have access to a broader range of bet sizes than land-based casinos. As a result, online players can tailor their bets more specifically to their budget and playing style.

Another difference is that online drawings take place much more frequently than at land-based casinos – usually every 5 minutes or less, instead of every 15 minutes or so. This structure means that online players have more opportunities to win than those playing at brick-and-mortar establishments.

Are there any other KENO Variants?

Yes, there are several variants of KENO available, including progressive jackpot games where you can win life-changing amounts of money if you match all 20 numbers drawn! Other popular variants include Quick Draw Keno, where drawings occur every four minutes, and Gold Rush Keno, where players receive double prizes for hitting 10 out of 10 numbers drawn.

Other KENO variants include the following:

The basic strategy for playing KENO is relatively simple – choose your numbers wisely and hope for the best! However, there are certain things that you can do to improve your chances of winning, such as choosing numbers that have been drawn recently or picking a mix of high and low numbers. Ultimately, KENO is a game of chance, so there's no guarantee that any particular strategy will work all the time, but it's still fun to try out different approaches to see what works best for you!

Where to Play Online KENO for Free & Real Money?

There are plenty of places where you can play KENO online and offline, but finding a reputable casino or lottery agent is essential to avoid being scammed. We recommend checking out our list of recommended online casinos where you can play KENO safely and securely for real money prizes. You can also find plenty of free versions of the game online to try it out before committing any cash.

What is the Best Way to Play & Win at KENO?

There is no perfect strategy that can guarantee you a win in the game, but you can have the edge over other players by playing with a clear head and knowing all the available options. You should also know how much you are willing to bet, your chances, and what type of payout you want for specific numbers. There is also a house advantage in the game; therefore, it is vital to know about it. By following these tips, you will increase your chances of winning at KENO.

What is the minimum amount of numbers I can pick in KENO?

The maximum number of picks allowed per game depends on where you play; most casinos allow up to 10 selections per game, but some allow up to 20 picks per game. Higher payouts occur when fewer picks are made because this lowers the odds of winning any prize. Playing with fewer picks gives players a better chance of hitting more numbers than with more picks; however, this comes at reduced payouts if they hit their chosen numbers.

Picking 1 number guarantees, you will win something as long as one ball is drawn from among the balls you picked. However, selecting more numbers increases your chances of winning larger prizes if those balls are drawn but decreases your overall odds of winning any prize. The reason is that now there are more possibilities for non-matching numbers to appear among those picked by the player(s).

There isn't a "best way" to play KENO since it's primarily based on luck rather than skill; however, there are some things that players can do to improve their chances of winning.

Firstly, players must choose a suitable casino or online site to play to ensure fair games and good payouts; secondly, players should familiarize themselves with all the different types of bets available to decide which ones offer them the best chance of success.

Finally, bankroll management is crucial in any gambling game, and this applies to KENO – set yourself a budget before starting to play and stick to it. If you follow these simple tips, then hopefully, Lady Luck will smile down on you, and you'll take home some nice winnings!