What makes Monopoly Live such a Popular Game 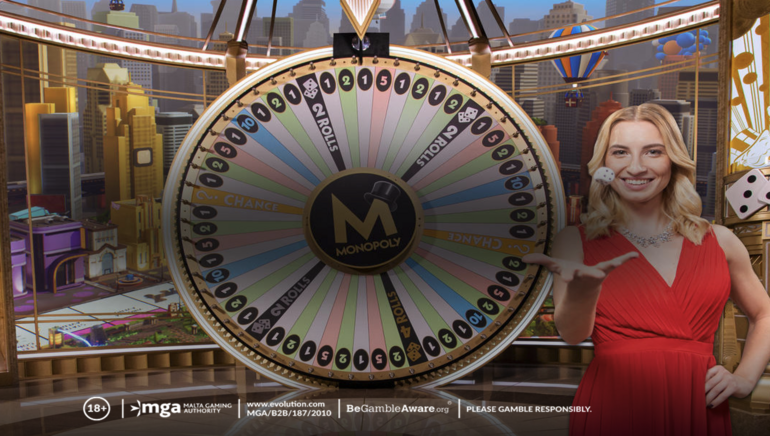 Monopoly Live continues to fascinate players several years after its release, with amazing gameplay and an original theme inspired by a classic game.

Evolution Gaming is famous for its extensive portfolio of live dealer games. Some of the biggest casinos provide roulette, blackjack, and baccarat games developed by them in a secure and user-friendly environment. Not surprisingly, the company has expanded its lineup of games to include special titles that can still be enjoyed in the company of real croupiers. Monopoly Live is a shining example of such a game that exceeded expectations and it is now one of the most popular titles in their portfolio.

First and foremost, it's because this is the first Monopoly gambling game that involves a real money casino experience. Monopoly Live has the uncanny ability to appeal to people who haven’t played it before. The name rings true even to people who have no experience with online or land-based gambling. That’s because the title is inspired by the classic game that people fondly remember from their childhood. This explains the initial appeal and the curiosity that pushes many players to give it a chance.

Absolute beginners and people who play Monopoly Live for the first time are likely to appreciate its right from the start. It bears some similarities with Dream Catcher, another game that is immensely popular at casinos powered by Evolution Gaming. It adds an unmistakable board game flavor that helps it stand out from the crowd of classic casino titles.

A Match Made in Heaven

Live dealer games promoted by Evolution Gaming have an excellent chance of being successful. The partnership with Hasbro proved to be a brilliant idea, as the software developer exceeded expectations. The result is a game that is based on one of the best-known and most appreciated board games ever made. Monopoly Live captures the very essence of the original while introducing specific casino elements.

The combination between a live-action game and elements from augmented reality ensures its success. It could well represent an important milestone for the fans of classic live casino entertainment. The fact that it offers the promise of unique game mechanics and massive multiplier wins further adds to its appeal. Since its release, Monopoly Live has earned several awards, including the EGR's Game of the Year 2019 and Gaming Intelligence’s Game of the Year 2020, voted for by operators in the sector.

How Does Monopoly Live Work?

Simplicity is one of the core qualities of Monopoly Live but its appeal comes from the fact that it involves a real dealer. Players will quickly get in the mood for gambling as the live game host sets the huge vertically mounted wheel in motion. Punters are supposed to predict the segment of the wheel where the pin will stop, as the virtual Mr. Monopoly patiently waits next to the wheel.

The game mechanics are diverse enough to provide a long-lasting appeal for players. The wheel also has special segments with the word “chance” inscribed on them, which produce multipliers and deliver instant cash wins. There are also segments with “2 Rolls” and “4 Rolls” which prompted the aforementioned virtual Mr. Monopoly to step into the spotlight.

The bonus game is the highlight of Monopoly Live and when it starts, the virtual assistant enters the augmented reality mode. Mr. Monopoly will spring across the wheel and start collecting multipliers and prizes, with a pair of dice determining its trajectory. Players need to bet on the “2 Rolls” and “4 Rolls” to qualify for the bonus game, otherwise, they will sit idly and watch the outcome of this special round.