Will There Ever Be an Online Back to the Future Slot? 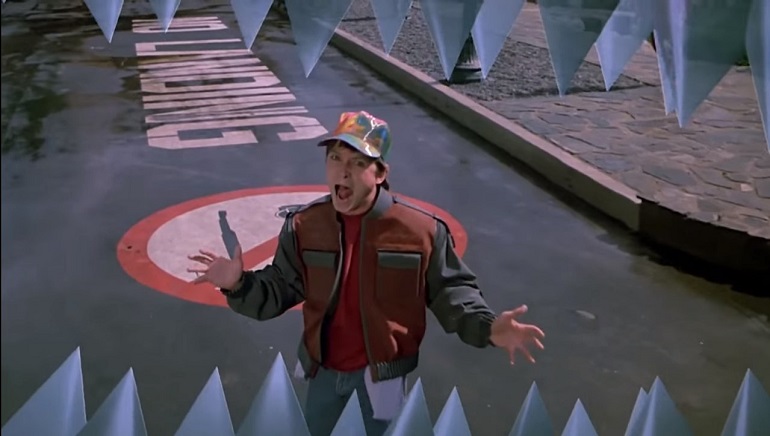 Wednesday is October 21st 2015, a day known to millions as Back to the Future Day. We discuss whether there will ever be an online slot based on the film.

Back to the Future is one of the most beloved films to ever grace the silver screen, capturing the hearts of millions. Those familiar with the Back to the Future trilogy will remember how Marty, Doc, and Jennifer set off for future to a time when clothes could dry themselves, shoes would tie their own laces, and kids would skate around on hoverboards. The date entered in to the DeLorean was October 21st 2015, a day that is now upon us.

Today (Wednesday) is to be called Back to the Future Day in honour of the date that featured in the 1985 film. Going back more than 30 years, creators Robert Zemeckis and Bob Gale simply chose a date, not thinking that it would ever become so significant to millions of people. Nevertheless, here we find ourselves. And now that the day is here, it is worth asking whether or not we will ever get to play a Back to the Future slot.

IGT Has the Back to the Future Licence

First of all, it certainly appears possible, given that IGT had already unveiled a Back to the Future slot machine back in 2013. Many land-based casinos in the US now have the machine, allowing for players to experience a slot with all of the main actors’ realistic likenesses.

IGT obtained the licensing needed to recreate the film as a slot machine, so it could technically be possible for them to decide to release a version for online casinos. However, the developer is probably waiting to see how the slot machine performs before committing to the creation of an online version.

For the meantime, there are some excellent IGT slots to experience at sites like bet365 Casino, Mr Green Casino, and Vera and John Casino. Slots to try include Star Trek, Prowling Panther, and the Mega Jackpots series.

2018 in Jackpots: Big Progressive Jackpots That Marked the Past Year