Wish Upon A Leprechaun Slot Released By Blueprint Gaming 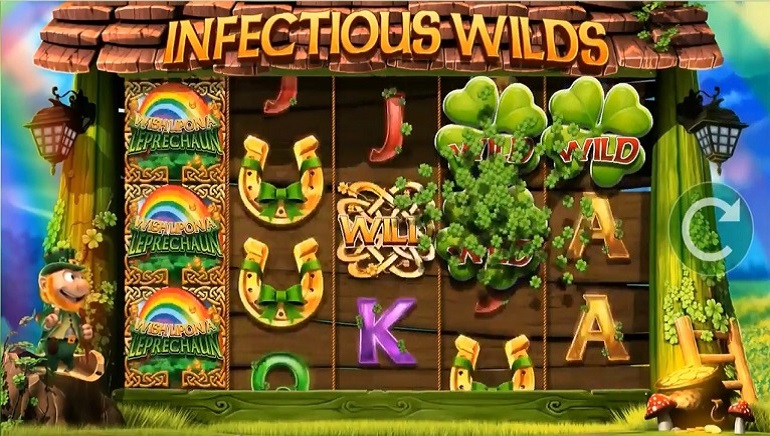 Blueprint Gaming has released the Irish-themed Wish Upon A Leprechaun slot game that hopes to bring a bit of Irish luck to players with multiple bonus features on offer.

Wish Upon A Leprechaun is the latest slot from UK-based developer Blueprint Gaming. It follows the ever-popular Irish theme and comes with a series of in-game features and bonus rounds that can take players to their own pots of gold at the end of the rainbow.

Off To The Emerald Isle

There's a happy Leprechaun standing to the sides of the 5 reels, doing a little jig as symbols such as high card icons, lucky horseshoes, pots of gold, a green hat and wishing wells spin up the wins. He will randomly throw handfuls of clover across the game, awarding a series of special in-reel rewards, which can include Infectious Wilds, Colossal Spins, a Spin Streak, They Think It's All Clover bonus, or a Bonus Boost.

But there's more to come, with a further 5 bonus rounds triggered by the pots of gold. Two free spins rounds, each with their own special features can be awarded, or players could find themselves at a horse racing track, where leprechaun jockeys try to be first past the post to pay out the biggest cash prizes.

More rich rewards are waiting in the Chests of Plenty feature, where players can accept the hidden bonuses or make another pick for a potentially higher reward, while this game also features the Jackpot King progressive feature that can be won on any spin.

All the action is presented in the high quality graphics that Blueprint Gaming are known for, and like the rest of their range, Wish Upon A Leprechaun can be played on desktop PC's or across mobile smartphones and tablet computers.

“We’re on a comical journey to the end of the rainbow in search of big prizes in our latest slot Wish Upon a Leprechaun.'' said Jo Purvis, Director of Marketing and Relationships at Blueprint Gaming, adding “With his green hat and big ginger beard, the fun yet mischievous character will be the lucky charm in turning nags into riches in this action-packed slot.”