Wolverine Tears It Up at Winner Casino 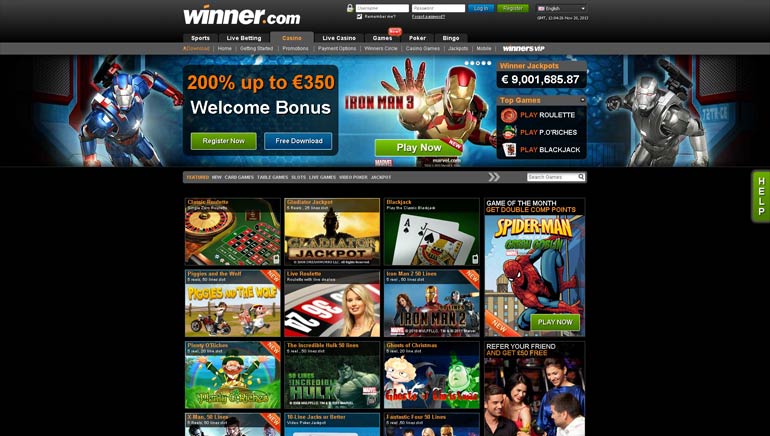 Winner Casino has announced October's pick for Game of the Month: Wolverine. This Marvel-themed slot game features 5 spinning reels and 25 paylines of mayhem. Marvel fans have long been calling for their favorite X-Men character to hit the spotlight at Winner Casino.

Wolverine Slots is made available by Playtech, the world's foremost online casino games developer. The game is big on action and even bigger on Marvel payouts. Players can win in the region of x 3,000 their initial wagers with this high-octane video slot attraction.

The game features both a Wild and a Scatter symbol. The Wild is Wolverine himself and he substitutes for all other symbols except for the Sabertooth Scatter symbol. To hit the max jackpot on Wolverine slots, players need 5 Wilds.

An exciting bonus game is also available to players. The bonus game allows players to physically control the hero of the game - Wolverine himself. He will battle for victory against Sabertooth.

The game features multiple Marvel jackpots - each of which is random. The size of the payout is dependent on the size of the bet. Three jackpots can be hit: The Marvel Hero, the Super Hero and the Hero Jackpot.