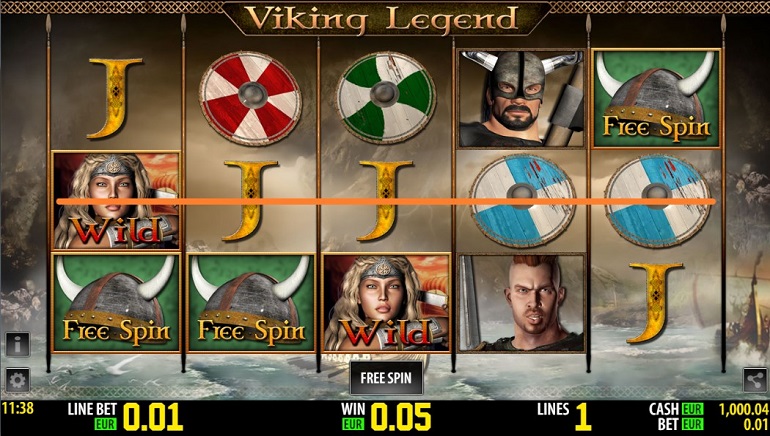 World Match has recently released a new slot title: Viking Legend HD. As the name would suggest, relies heavily on Norse myths and themes to deliver a visually stunning slot game that is as entertaining as it is beautiful.

Viking Legend HD is a 5-reel, 3-row slot games that creates a fantastic atmosphere, transporting players from the comfort of their home to the heroic battle scenes of the Vikings.

The game was released in the HTML5 format, allowing best use on a vast array of platforms. Vikings Legend HD is filled with special features like Wild and Free Spins. One of the most eye-catching features is that winnings are increased three fold during Free Spins making the game that much more entertaining.

The game was developed in HTML5 in order to make it best adaptable to mobile gaming, one of the fastest growing parts of the online gambling industry and certainly an industry sector that World Match understands quite well. According to World Match, HTML5 alongside Android and iOS platforms allow them to create Slots with the highest level of graphical quality and details. Their focus on 3D animation is obvious in Vikings Legend HD with numerous such animations livening the gameplay while providing a memorable gaming experience.

In other World Match news, the company recently sealed a deal with Nazionale Electronica, a legendary Italian designer of land based slots. The deal will allow World Match to market some of the most popular slot machines ever designed.

According to World Match, the 5 titles will be developed in HTML5, and will preserve the atmosphere and elements of the original games while enhancing their graphics and adapting them to the strict requirements of 2016’s online gaming industry.