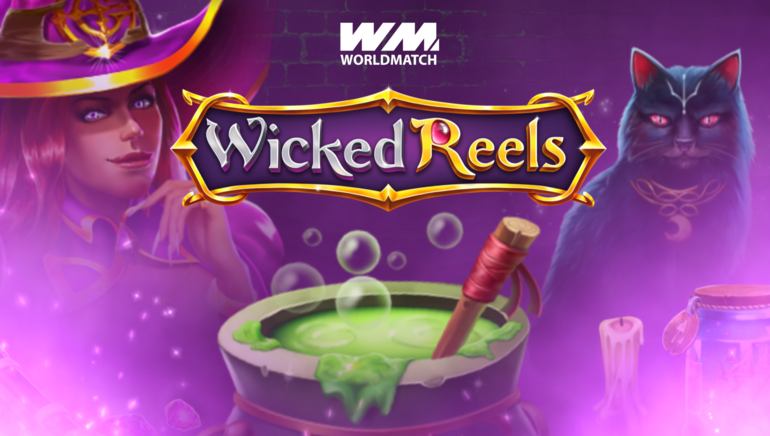 Wicked Reels is a dark-themed slot released by WorldMatch, which takes players on a fantastic quest to defeat a powerful witch for epic rewards.

WorldMatch is an innovative software developer specializing in the creation of slots with a unique theme and exciting gameplay. Fans of the genre have another reason to celebrate, as a new slot was announced and released at partner casinos. Wicked Reels is the kind of slot that punters would normally expect for Halloween, so the release is even more exciting. If you enjoy the dark-themed game with a high return to players and some original game mechanics you will surely appreciate this latest addition to their portfolio.

Wicked Reels Scares You for All the Good Reasons

WorldMatch came up with an original concept when designing its latest slot, which is frightening in a very good way. Players are tasked with breaking a dark shadow that is looming nearby, hidden in a remote forest. Those who are not afraid of breaking a powerful and enchanting witch will be rewarded for their courage. This supernatural being is at the cornerstone of the Wicked Reels slot, one that quickly gets in the mood for gambling.

Developers were careful with these symbols scattered across the reels and all of them are consistent with the overall decor. The powerful witch has the ability to turn herself into a cat, therefore if evade the scrutiny of our champions. She can be literally anywhere and while she lurks in the dark, she can see everything with her crystal ball. Dangerous and treacherous, the witch can poison her enemies and use powerful magic against the brave adventurers.

Face Your Fears and be Rewarded

Wicked Reels is a slot that has a high return to players and those who create winning combinations will be lavishly rewarded. Players are tasked with the unsavoury mission of hunting down the powerful witch. To accomplish this, they need to line up the right symbols in a sequence and this triggers the immediate gratification of big wins. With each small victory, they are a step closer to defeating the powerful sorcerers and in the process, amass untold riches.

The wild symbol is the one that players should be looking for, as it can substitute all the other icons across the reels. It is depicted by the Book of Spells and it is at the cornerstone of some of the best-paying winning combinations. During free spins, the wild becomes stacked and it turns into a massive magical wand that boosts the number of winning ways. Outside the free spins round, players will benefit from two identical reels being linked together, to expand the scope of this original and high-paying slot.