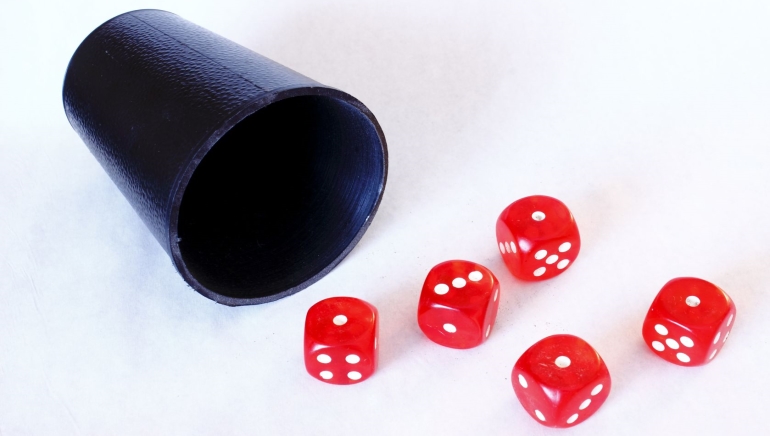 SkillOnNet and Williams Interactive have released a Yahtzee slot based on the classic dice-based game.

Yahtzee is a dice-based game that has been played since first being developed in the US during the early 1940s. Decades after the launch of the original game, SkillOnNet has released an online slot game themed on Yahtzee. Official licensing was obtained for the slot game, so fans of the game will definitely recognise the brand imagery.

Although SkillOnNet oversaw the release of the Yahtzee slot, it was actually Williams Interactive (WMS) that was responsible for the development process. WMS is known for other slots such as Lunaris, Red Fleet Flag, and Kiss: Shout it Out Loud. Yahtzee has been another successful release and it can be found at SkillOnNet casinos.

Although the game is designed as a slot, WMS has ensured that Yahtzee subtly disguises the structure. Look a little closer, though, and it is possible to see a five-reel structure with 25 paylines. Players are afforded the prospect of placing five levels of bet. To be eligible for the Yahtzee jackpot, players must bet at the highest of the five levels.

What impresses about the slot is that WMS has taken the time to design an entire range of symbols that are Yahtzee-themed, as opposed to creating a few and then padding out the range by adding playing cards. In this case, the chosen approach is creative and appealing.

Continuing with the features, Yahtzee features a free roll bonus round that will be triggered when five scattered roll symbols appear. Another important feature is the Yahtzee bonus game that will begin when five bonus symbols have been collected on the fifth reels of the slot. The aim of the bonus game is to create a pair after three rolls of the dice. The multiplier will increase from 3x to 20x, depending on whether a matching pair of ones is rolled or a pair of sixes.

To try out this slot based on a classic game, Slots Magic or EU Casino are worth a visit. Both casino sites are currently offering a welcome promotion entitled Throne of Games, which awards 20 free spins when you sign up with the promo code ‘SPINS’.