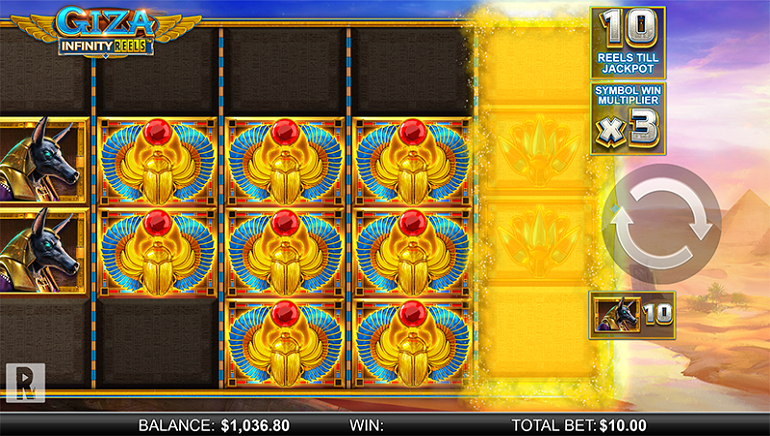 News has broken that Yggdrasil Gaming’s YG Masters partner, ReelPlay, has released the brand-new GIZA slot as the first title from the Infinity Reels™ range. From February 2021, it shall be possible to play the GIZA Infinity Reels™ at participating casino sites that are partnered to use software from Yggdrasil and ReelPlay.

Developed with the support of Yggdrasil’s cutting-edge GATI technology, emerges as the second release after the Atlantis Megaways™ slot as the second title from the YG Masters programme. While Atlantis Megaways™ channelled inspiration from Greek mythology, GIZA Infinity Reels™ is an experience that has been crafted in line with the ideals of Ancient Egypt and the pharaohs.

From the technical details, it is known that GIZA Infinity Reels™ has been made as a mobile-compatible slot that uses a three-by-four interface that can be compatible with desktop, Android, and iOS devices. Meanwhile, the supported web browsers consist of Google Chrome, Mozilla Firefox, and Internet Explorer.

There is a unique feature in which the right-most reel can extend if it contributes to a win. If the streak continues, 12 or more reels can be added to the interface and there will also be a symbol multiplier that increases by 1x with each expansion. When expanding by 12 reels, the player can win an 888x jackpot.

There is a golden scatter symbol that can flutter and substitute for missing symbols. ReelPlay has also developed a pyramid symbol of which only one is needed to trigger 10 free spins. When free spins are active, another pyramid can yield four more symbols to the total.