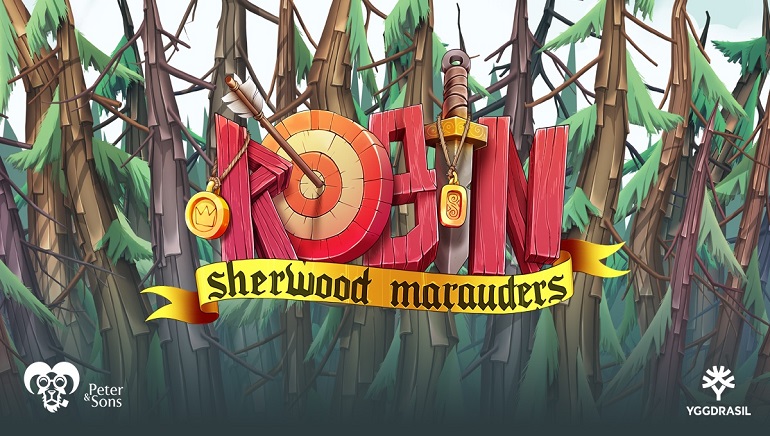 New slot by Yggdrasil and Peter & Sons offers a relaxing and enjoyable atmosphere as well as several entertaining features to keep players interested and coming back for more.

In cooperation with Peter & Sons, one of the studios in their Masters program, Yggdrasil has released a brand new slot called Robin - Sherwood Marauders. The colorful game is based entirely on the popular legend of the hero of Sherwood Forest who stole from the rich to give to the poor and offers great graphics and several in-game features to keep things interesting.

Enter the Depths of Sherwood Forest

The new Robin - Sherwood Marauders slot features six reels, four rows, and 4,096 ways to win. Symbols on the reels match the theme perfectly. Robin himself is the highest paying symbol, followed by the evil tax collector. Lower-paying premiums are represented by swords, quivers, and lutes.

Developers have picked just the right tune for this game as well. As players spin the reels, they'll hear sounds of a medieval ballad performed on a lute, setting up just the right atmosphere to fully enjoy this game.

Robin - Sherwood Marauders comes equipped with several features that may not be new or unique, but put together, they help make this game quite entertaining. First of all, every win triggers Avalanche Cascades, removing all symbols from winning combinations from the reels, making place for new symbols to drop down and create further wins. With every new win inside a cascade, the win multiplier increases by one.

Landing three chest scatters in a single spin triggers the free spins' bonus. During the feature, a multiplier is applied to all wins and expanding wilds are active.

The slot also has a progression element to it. Every time a scatter lands on the reels, one coin is added to the progression bar. Once the bar is filled, Super Free Spins are activated. The feature is similar to the regular bonus, but expanding wilds will land more frequently.

With a nice back-story, appealing graphics, and really catchy music, the Robin - Sherwood Marauders slot is a new title definitely worth checking out.