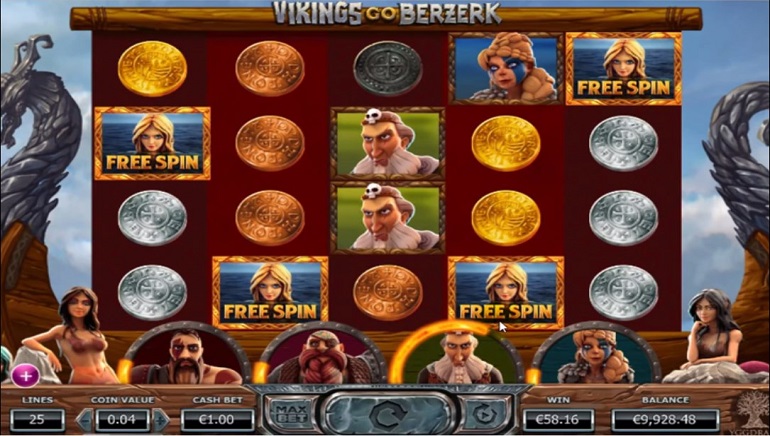 Yggdrasil Gaming has unleashed a sequel slot in its release of Vikings Go Berzerk, which comes after the popular Vikings Go Wild Slot.

Yggdrasil Gaming has gained recognition for its innovative strategy of developing sequels to its most popular video slots. The Jokerizer series is the earliest example of success, but now there is another series vying for crown. After releasing Vikings Go Wild, Yggdrasil Gaming has brought the Norsemen back for a special sequel entitled Vikings Go Berzerk, which promises to be even more thrilling.

A Sequel to Vikings Go Wild

Vikings Go Berzerk maintains the same lofty production values as its predecessor, Vikings Go Wild. Both video slots feature a slot where players are shown five reels and four rows that combine for an expanded interface of 20 symbols rather than just 15. The next notable feature of the interface is that players can match symbols in different combinations over 25 fixed paylines.

The fixed nature of the paylines means that players can stake a minimum of €0.25 on each spins, which provides an affordable entry-level for the slot. The coin value can then be raised through several levels until hitting €5, which equates to a possible €125 maximum stake on each spin, but will be better suited to high rollers.

Vikings Go Berzerk then takes things further that its predecessor by introducing a more complex feature that serves as the centrepiece of the video slot. Basically, there are four main characters and each has a Rage Bar that is gradually filled on each occasion that they contribute to a win.

After filling the bar, players will have seven free spins and can then watch their Viking hero do battle with the Siren in Berzerk Mode. Players can also trigger complimentary spins by landing three or more free spins symbols on the screen. If the Viking hero can beat the Siren then they will become a sticky wild, while offering up to 21 free spins during this feature – it is also possible to win from treasure chests and wild symbols.

Vikings Go Berzerk could become an extremely popular new slot at sites like Cherry Casino, Interwetten Casino, and Video Slots Casino. This is because the video slot has been designed to be compatible across desktop, tablet, and smartphone devices for seamless access.