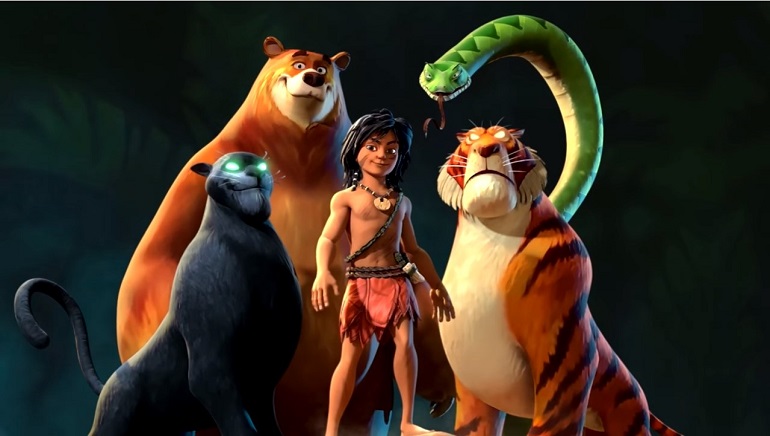 During this year's ICE, back in February, Yggdrasil announced a slot that would incorporate their new Fusion Realms mechanics and would potentially change the whole concept of online gambling. That slot is finally with us in the form of Jungle Books, the game based on the famous classic by Rudyard Kipling.

After seeing the game, it must be admitted that the company delivered on its promise. The Jungle Books slot really brings a gaming experience unlike anything we've seen before. The game features five different realms with five different main characters to guide you through each one. Every character comes with two special abilities, such as spreading wilds, synced reels, multiplier wilds, sticky re-spins, and more.

Realm hosts are played by well known book characters: Mowgli, Baloo, Bangheera, Kaa, and Shere Khan. Realms constantly change after a certain number of spins and in addition to getting a new host with new abilities in every new realm, there is also the possibility of a guest from another realm stopping by for a few spins, adding one of his abilities as well.

This creates the potential for 45 different feature combinations in the game, which makes Jungle Books the biggest and most significant project in the company's history.

In addition to making this game unique from the gameplay point of view, Yggdrasil designers made sure it was also up to the latest standards in terms of the visual design and accompanying audio. Reels are aptly sent in the heart of a jungle, with symbols representing exotic fruits spread across the unusual 58 paylines.

Every realm in Jungle Books has its own, unique background, which was made possible thanks to the Fusion Realms technology.

All hosts have been designed with a lot of attention given to details, and they aren't static but fully animated, giving Jungle Books an extra layer of mechanics as there is something going on every second.

All of this has been nicely wrapped up with relaxing music playing in the background, making this slot the kind of game that can keep you occupied for a while simply thanks to its masterful design and interesting gameplay.

It is worth noting there is no special bonus feature as such, as all features are available in the base game at different points.