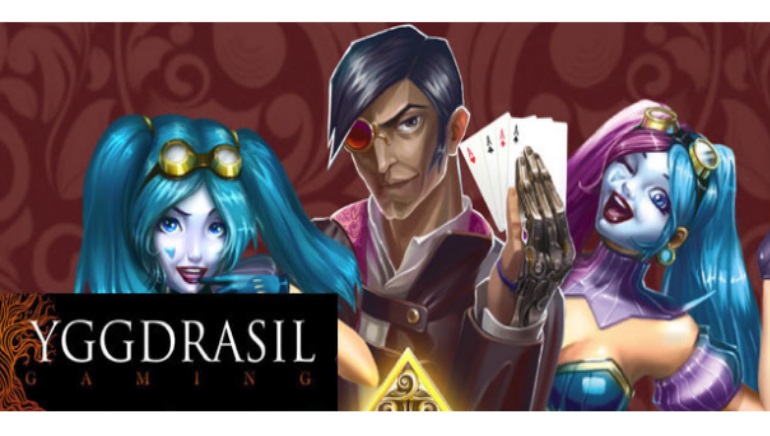 Cazino Zeppelin is a video slot featuring a stylish Steampunk theme. Available from November 2014, the slot is developed by Yggdrasil Gaming.

Yggdrasil is one of the more recent entrants that have arrived to develop online casino games, after emerging in December 2013. As for speciality, Yggdrasil Gaming has particularly excelled in the development of video slots. And with the late-November launch of Cazino Zeppelin, Yggdrasil has added an eighth video slot to its growing portfolio.

Inspired by the current popularity of the Steampunk trend, which combines 19th century stylisation with steam-powered machinery, Cazino Zeppelin is about a flying casino. Of course, this is not the first time that Yggdrasil has sought to exude imagination in its video slots. Titles such as Robotnik and Fruitoids are quite unlike anything to be found in the games libraries of other software developers.

The actual format of the slot is one that the vast majority of players will be familiar with. Designed with five reels displaying three symbols on each, a total of 15 will populate the reels after a spin. To generate winnings, the aim is to match three or more symbols one of the 20 paylines. Making life easier are the wild symbols that will substitute for most of the winning symbols. Mathematically, the slot features a rating of 96% for return to player.

As for the special features, these consist of sticky wilds and free spins. To decrease the waiting time for free spins, players are permitted to change the speed and “fast-forward” to free spins. From a single line bet, it is possible to win 40,000 times the line stake.

Yggdrasil CEO Fredrik Elmqvist considers the slot to be highly changeable, and expects this to appeal to players. In commenting on the launch, he explained that “the art style is a mix between art nouveau and Steampunk. The slot can now be found at EuroSlots and Vera & John Casino from 24 November 2014.