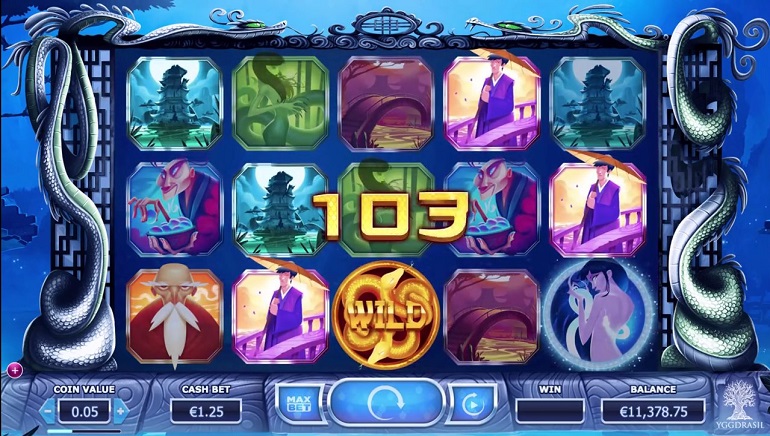 Yggdrasil Gaming's newest slot, Legend of the White Snake Lady, is a 5-reel, 243-ways-to-win slot game. The game is steeped in ancient Chinese myth, which is reflected in the mesmerizing graphics and soundtrack.

Legend of the White Snake Lady is a 5-reel, 243-ways-to-win slot game. Reel symbols include temples, a green snake, Buddhist monk and Chinese characters. Coins range from 0.25 to 25.00.

While players won’t find loads of special features in this slot games, the winning potential is still high due to Yggdrasil’s Win All Ways feature, which allows players to rack up winning combinations from both left-to-right and right-to-left.

Wilds and re-spins also add to the high winning potential - when three wilds land on the middle reel, players receive 3 free re-spins. Additionally, when players land five of the same symbol on the reels, the slot pays out at least 100 times their original bet, and 1000 times the bet with the highest paying symbols.

CEO of Yggdrasil Gaming, Fredrik Elmqvist, commented, “We’re particularly proud of Legend of the White Snake Lady as it is a slot all about excitement. With the mesmerising music and glorious graphics, this is a game which really is the stuff of legend!”

Legend of the White Snake Lady is available for play on both desktop and mobile at Yggdrasil online casinos like Unibet Casino, Video Slots Casino, and Cherry Casino.