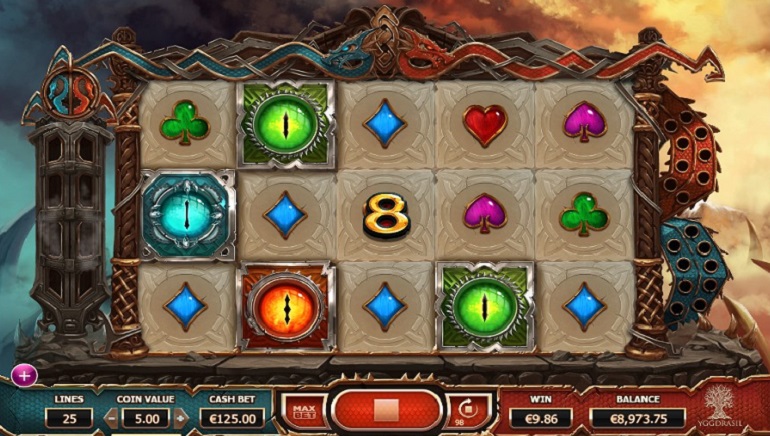 A gaming company on the rise, Yggdrasil has announced yet another slot that will be coming out of their workshop. The game will feature many things that we've become accustomed to with Yggdrasil's slots, including excellent video animations, exciting sound theme, and a lot of fun featured games.

The 5-reel slot with 25 paylines promises to have the most advanced graphics of all slots that have been released by the company so far. Yggdrasil developers promise thoroughly enjoyable and completely unique user experience, guaranteed to appeal to the masses.

The Double Dragons slot will feature dropdown symbols instead of spinning reels, combined with stacked wilds. While the base gameplay should be exciting on its own, it is special features that will really make you love this slot.

The main feature, guaranteed to excite players, is the Double Dragons feature, which will be triggered after four consecutive wins. The fourth win will unleash two reels filled with wilds, providing possibility of a really big win.

Stacked reels displaying a dragon head on top will move players closer to the free spins feature. You will need to collect a total of nine dragon heads to enter the free spins round, during which Double Dragons feature is activated after only two consecutive wins.

It Will Take Peoples' Breath Away

According to Jonas Strandman, product owner for Yggdrasil games, the Double Dragons slot will "take peoples' breath away." Strandman claims that the slot will feature amazing 3D graphics and, visually, it represents the most ambitious endeavor in online slots development to date.

Aside from excellent graphics and sound, the slot also boasts the above-mentioned features, created to increase playing time and improve players retention.

With so many big promises, there is no way not to be excited about the Double Dragons slot. Unfortunately, there is still no official date as to when we can expect to see the game arrive to our favorite online casinos.