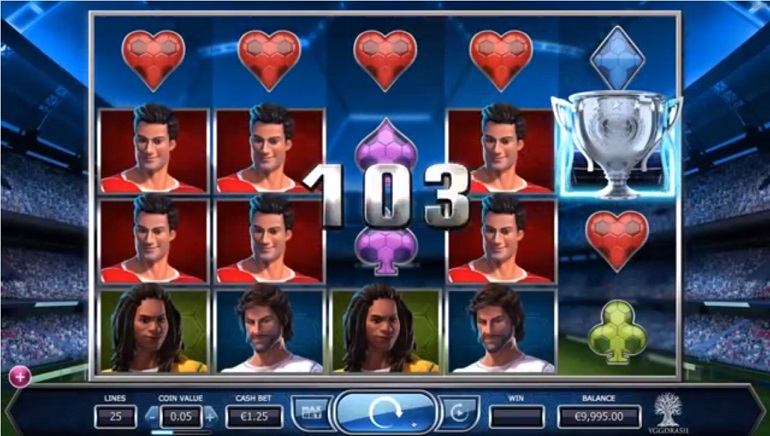 Football Is in Season

As developers promised the game will have a charming football themed atmosphere that will make this year’s tournament much more entertaining. Its theme even includes a brand new trophy feature as well as some fun sound effects that include a football style crowd reacting to in-game events.

The game is a medium variance slot offering interesting bonuses such as the chance to win up to 24 free spins, coins, wild reels as well as extra free spins in its trophy feature. The game is the first by Yggdrasil to get certification for live operation from Malta, the United Kingdom and Gibraltar at the same time.

The Bicicleta Slot’s launch coincides with Yggdrasil’s latest promotional tool called Cash Race. The tool will allow operators to choose a time frame where any spin can get a surprise reward from their prize pool.

Players who can’t wait to try out the new slot title can do so on Yggdrasil powered casinos such as Unibet Casino, Cherry Casino or Video Slots Casino.