Fresh off securing UK licensing last December, provider Yggdrasil is now closing out its application process in Gibraltar as well.

A Lot to Offer

The fast-rising Malta-based received company is taking up an invitation to pursue licensing for its proprietary gaming platform to implement the diverse array of games and promotions it now boasts after a signing a flurry of agreements with operators over the past 12 months.

Yggdrasil CEO Fredrik Elmqvist said his company was “over the moon” with excitement after being invited to apply for Gibraltar licensing due to the exclusivity of jurisdiction. With their games already found on leading online casinos such as Mr. Green, Cherry and Casino Estrella. Yggdrasil joins a select handful of major operators licensed out of Gibraltar. Gibraltar represents a complementary piece of the unique licensing opportunities that markets such as Antigua, Malta and the Isle of Man have proven to provide for operators.

The wide array of titles, combined with its Yggdrasil's recent industry recognition as

iGaming Software Supplier of the Year at the 2016 International Gaming Awards and Software Rising Star at the 2015 EGR B2B Awards undoubtedly added to the appeal of the company for Gibraltar. 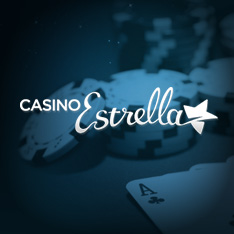