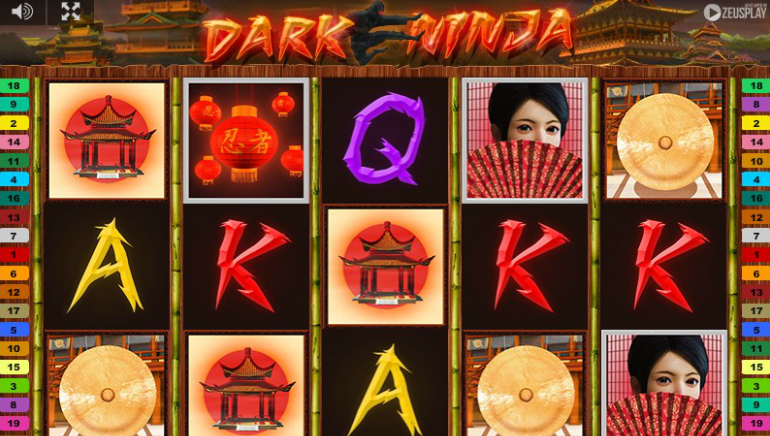 Zeus Play is a software provider from Bulgaria, with high expectations, the resources and know-how needed to meet them. Its purpose is to provide high standard services to the online gambling industry. They boast about offering outstanding graphics and game designs, a unique mathematical model and truly original online casino games. The company has a tailored approach for its customers and meets clients halfway, with optimized solutions.

The collection of games offered is constantly on the rise and 2016 is an important milestone for the company. They have also created white label websites for online casinos and provide these gambling operators with top-quality video slots. The games they offer are proven fair and the random number generator is audited for fairness. The bottom line is that players who choose Zeus Play don’t have to compete against a crushing house edge.

The Allure of the Middle East

Some of the recent additions to their online collection of games are video slots with an oriental theme. Amun’s Book is produced by Zeus Play with an Egyptian theme and using the NXG Line technology. The matrix of this game features five reels, three stops and a total of 10 fixed pay lines, with an RTP of nearly 94%. Its reels are populated with symbols that evoke ancient Egypt and get players fully immersed into the gaming atmosphere. Free spins come in bundles of 10 at the time and are triggered by three or more Book signs, which act as scatter symbols.

Arabian Dream is another video slot whose name speaks for itself. Compared to the game mentioned above, this one has 15 fixed pay lines and the same return on investment. When the reels start spinning, players should be hoping to see the veiled woman. She acts as a wild symbol and when three of them appear on the first, third or fifth real, the 10 free games bonus is triggered. Five more bonus rounds can be re-triggered during this round for a combined 100 free spins.

Travel a Few Centuries Back in Time

The Captain Nelson Deluxe video slot also has 5 reels, 3 stops and 10 paylines, but this time action takes place in the 17th century. The brave captain himself is the wild symbol and the reels also feature the compass, three ships and the steering wheel. The ships are the ones to look after if you hope to unlock the 10 free spins, and during these bonus rounds players can also retrigger the bonus.

The Legend of the Sea is an important part of the company’s portfolio and it has a pronounced naval theme. Henry Morgan and Anne Bonney are two legendary pirates that are celebrated in this game, with a black ship in the background. This game has the particularity of having the Henry and Anne symbol acting as both the wild and the scatter sign. It activates the bonus feature and unlocks free spins, while allowing players to choose between different freebies.

Eternal Desire is one of the best paying games in their collection, with players winning up to 500 times the stakes. The central character in this game is Count Dracula, and the story takes place in the 19th century. The vampire’s castle and the blood dripping in the background can create an oppressive atmosphere in conjunction with the scary music. However, this game is also about the love story between Dracula and Mina in the video slot offers a bonus of five free spins.

The Disco Fever Video Slot is one of the most important additions to the gaming portfolio of Zeus Play. It draws inspiration from the disco area and the reels will transport you back in time, with the reels, skates, stars and dancers. The disco ball is the scatter symbol and the girl with the Afro hair is the wild one. These two are the best paying ones, with the latter triggering 10 free spins and in combination with the scatter, is doubles all profits.

The Butterfly Hot 20 is a video slot with a name that will linger in the minds of players for a long time. The tiny world of dragonflies, flowers, butterflies and grasshoppers is a treat to the eye, in stark contrast with the background of flames. The game has a return to the player percentage of 94% and the star is the scatter symbol triggering free spins.

The Lady of the Forest video slot takes you to the world of fairies, surrounded by mushrooms, horses, trees and owls. The inspired soundtrack of this game makes you feel like in a real story, with an eclectic mix of suiting and classic slots music. The girl with the red hair is the wild symbol, while the crystal balls stands for the scatter signs. The former can substitute all symbols and increase payouts, while the latter triggers free spins in bunches of 16 at the time.

The Magic Charm video slot is another visually pleasing game whose action takes place in a magical land. Four leaf clovers, horseshoes, ladybugs and tiny charms are scattered across the reels. However, it is the girl and crystal ball symbols that are the most pleasant sight, as these are the wild and scatter symbols. Players can benefit from the generosity of 15 free spins that can be retrigger and a three times multiplier.

If the world of magic appeals to you, then you should definitely check out the Page of Fortune Deluxe video slot. Zeus Play has created a gem with this game that seems to be imbued with magic and featuring all the enchanted symbols you could think of. Medieval signs are at the cornerstone of the game and wild symbols have their own animation. When wilds collide, they trigger 10 free spins and activate the bonus round. On top of this, the game offers a Pick and Win Spin and the third bonus round named Police Spins.

Le Mystѐre du Prince has plenty of fans and Zeus Play powered casinos. It tells the story of the beauty and the beast, which also appear on its reels. It is the rows that act as a wild symbol, while the book is responsible for the release of 10 free spins. During these bonus rounds, profits are multiplied threefold and the free spins can be retriggered, to further extend the free play time.

Princess Chintana is another game celebrating royalties and it has a unique structure with nine reels, three stops and ten pay lines. The fifth real is a shared one, and all the symbols are inspired by the Native Americans and their traditions. To activate the 10 free games bonus, players would have to get the tipi symbol, which unlocks a maximum of 20 free spins.

A Mix of New and Classic

Keno 8 is a video slot inspired by the popular numbers game and offering a potential payout of 5000 times the bet. Players can control when the draw starts and bet on up to eight numbers, therefore adjusting the intensity of the game as he sees fit. With Quick Pick enables players to push their gaming into overdrive by enabling the computer to randomly choose numbers.

Underwater Pearls is an eclectic mix of elements, with the action taking place underwater. It offers more free spins than most Zeus Play games and all of them are activated by the treasure chest symbol. There are many similarities between this game and 40 Flaming Lines, which explains why it appeals to a similar audience. As the name suggests, it has 40 fixed pay lines and the wild symbol appears on the second, third and fourth reels. The dollar serves as a scatter sign and the winnings triggered by it are multiplied.