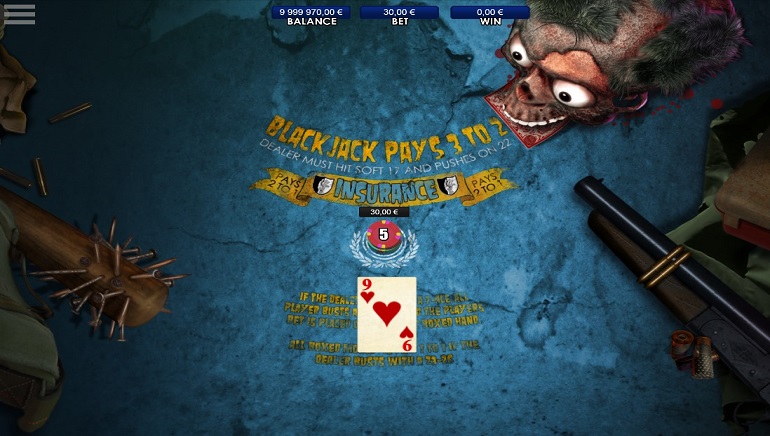 Genesis casinos have recently debuted Zombie Blackjack, which has been designed to bring a creepy edge to a long-time player favourite.

For years, zombies ambled by unnoticed until The Walking Dead TV Show reignited interest in the genre. In turn, this has led to the development of all manner of entertainment properties to capitalise on the reanimation of the undead horde. And one of the most recent examples in the iGaming marketplace is Zombie Blackjack, which debunks the notion that only slots get to have themes.

Last summer, Zombie Blackjack first made its debut at the Venetian Casino in Las Vegas, having been created by Geoff Hall and licensed by Scientific Games. As of August 2018, however, this brand new table game has just gone live at Genesis Gaming casinos. Ultimately, Scientific Games tasked Genesis with bringing Zombie Blackjack to life as an online game.

In making Zombie Blackjack, Genesis has designed a creepier gaming table than would be found in stereotypical blackjack games. And the entire experience is compatible on mobile devices, with Genesis showcasing the Zombie Blackjack on a mobile device in the demo trailer that has been published to YouTube.

For the most part, the game is played much like one would expect from blackjack. However, there is a significant twist in that players have the chance to resurrect a busted hand. After going bust, players will have the chance to make a coffin bet and rise from the dead if the dealer’s up-card shows anything from 7 up to an A.

When commenting on the release of Zombie Blackjack, original creator Geoff Hall was quite open in praising the interpretation of Genesis. Hall was especially impressed with the visual and audio effects that were achieved in the digital production of the online casino version.

Zombie Blackjack creator Geoff Hall is known for creating other major blackjack variants, including the likes of Blackjack Switch and Free Bet Blackjack, which have also proven to be popular in real-world casinos and online.