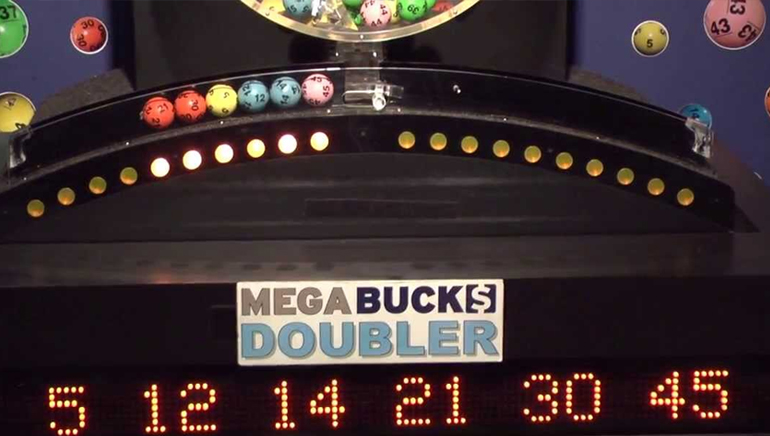 Ask for a 'quick pick' which are six numbers randomly generated for you by a computer.

The Massachusetts Lottery was established in 1971 and in May 2009, Megabucks was replaced by the Megabucks Doubler which features larger payouts and bigger prizes than its predecessor.  In Megabucks Doubler, every tenth ticket is automatically eligible for a doubled non-jackpot prize.

Megabucks Doubler Jackpot will vary according to the number of hits and amount of money bet on each draw but it is guaranteed to start at $500,000 and will continue to grow until there is a winner.

Megabucks Doubler is drawn every Wednesday and Saturday. Players choose six numbers from 1 to 49 and whoever correctly guesses six of the six numbers drawn, wins the jackpot. There are also set prizes for matching five, four or even as few as three of the six winning numbers.

You simply need to complete the lottery ticket by choosing six numbers between 1 to 46 or ask for a 'quick pick' which are six numbers randomly generated for you by a computer.  Make sure you sign the back of the electronically filled out ticket immediately.

There are four prize divisions as follows:

Thus, there are set prizes for getting five, four or three matching numbers. Of course, if you a 'doubler ticket' these non-jackpot amounts will be doubled.

Every tenth Megabuck Doubler ticket will be a 'Doubler Ticket'. If a designated Doubler Ticket wins any non-jackpot prize, that prize will be doubled.

The biggest Megabucks jackpot (before the game became the Megabuck Doubler in 2009) was $21.71 million.

If the jackpot is not won in any given drawing the money which would have been paid for the jackpot goes into the next drawing's prize pool, causing the jackpot to grow drawing after drawing, until it is won. Approximately 55% of the amount of money wagered on each drawing goes into the prize pool.