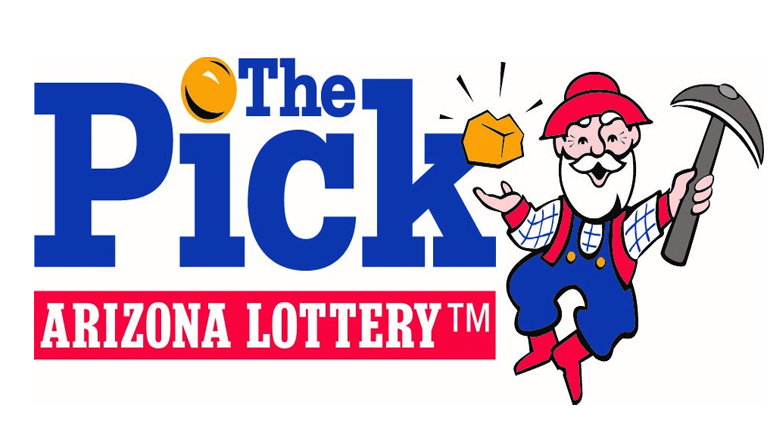 With a tempting jackpot record of $103 million The Pick is The Lotto.

The Pick is run by the Arizona Lottery which was established in 1980 and operated by the government of Arizona. The Pick started soon after in 1984 and is still one of the most popular games in Arizona with a tempting jackpot record of $103 million.

The Pick is Arizona’s $1 jackpot game. The jackpot is guaranteed to start at $1 million and will keep growing until someone wins. Some of the jackpots in the past have accumulated to quite sizeable sums of money!

The Pick drawings are held bi-weekly every Wednesday and Saturday evening and can be watched live on television. To play you simply select six numbers from 1 through 44 and if you match all 6 numbers that are drawn then you will win The Pick jackpot. The chances of winning the jackpot are 1 in 7.05 million. But don't worry ... there are also prizes for matching five, four or even just three of the numbers drawn and the overall odds of winning a cash prize are approximately 1 in 39.

Since the Arizona Lottery began, it has provided nearly $2.5 billion to help to fund many different programs to benefit communities in Arizona, including public health, parks, education, transportation and wildlife preservation.

Simply pick six numbers from 1 through 44 and mark them on The Pick selection slip. Alternatively, you can choose a Quick Pick and let the computer select your numbers for you.  If you match all 6 numbers drawn then you will be The Pick jackpot winner.

You can also elect to play your set of numbers for up to ten consecutive draws by marking the 'Number of Draws' box on your ticket. Each game costs just $1.

The following countries participate in The Pick: USA.

There are four prize divisions which are as follows:

If other players also match all six numbers, you’ll share the prize pool with them in equal amounts.

When you purchase a ticket for The Pick, you can also buy an add-on game called EXTRA! for either $1 or $2 for each board. All EXTRA! numbers are automatically selected by the computer. Prize amounts vary based on the purchase price, ranging from $1 to $250 for $1 EXTRA!, and from $2 to $500 for $2 EXTRA!.

The largest jackpot ever won on The Pick lottery was $103 million.

The Lottery has returned nearly more than $2.5 billion to programs that have helped make Arizona a better place to live. Projects that have been supported include wildlife preservation, parks, public health, education and transportation.

Would you like to learn more? Visit the following link for more details and information: arizonalottery.com.