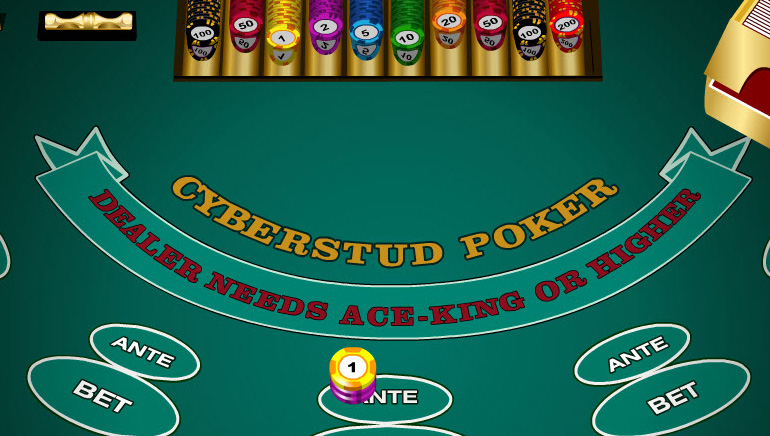 Place your bets and win the Cyberstud Progressive Jackpot!

Cyberstud is a progressive jackpot poker game from Microgaming.  In this game, you will be competing against the dealer, and you will have a chance to win a massive progressive jackpot prize.  Like other poker games, Cyberstud is played with an Ante that remains on the poker table until the player folds or calls.  The goal of the game is to create the best possible poker hand.

The largest jackpot won in Cyberstud progressive poker was $154,561 in October 2012.  Other significant jackpot wins include:

The average jackpot payday for Cyberstud Progressive Jackpot Poker is $93,066, and there have been at least 4 major wins to date.  This game is all the rage and best of all there are no real skill or strategy requirements to win monster payouts!