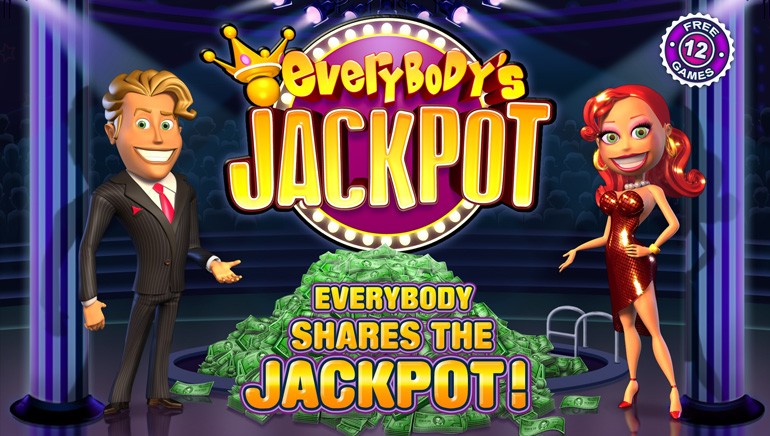 You Could be the Next Lucky Winner of Everybody’s Jackpot!

Everybody’s Jackpot is a unique 3 reel, 8 payline progressive slots game.  In this exciting game, jackpot winners are crowned, and other players can also win some of the cash too.  The structure of this jackpot makes it possible for all qualifying players to win some extra cash.

Because Everybody’s Jackpot is a slots game, the rules are fairly simple, and all you need to do is spin the reels to play the game.  The combination of symbols will determine if you win or not.  To win a portion of the jackpot, you need to have bet at least £42.34 in the past 24 hours.

The scatter symbol is represented by the Everybody’s Jackpot logo while other symbols include gold bars, money, jewellery and high card symbols.

The largest jackpot won in Everybody’s Jackpot was hit in November of 2013, and was worth $553,449.  Other large jackpots include:

A total of 20 jackpot wins have been recorded and the average jackpot prize was $313,642.