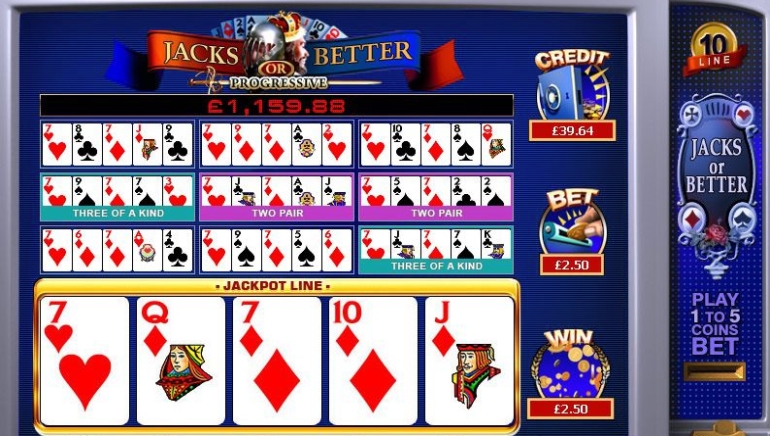 Test your video poker skills with Jacks or Better!

You can win the progressive jackpot in Jacks or Better 10-line by getting a Royal Flush on the jackpot hand (the main hand you will play).  This game has produced many jackpot winners and generally offers terrific payouts. If you’ve got poker skills, this is your must-play game!

The biggest jackpot prize won at Jacks or Better 10-line was $36,164 back in September 2012.  Other notable wins include:

The average jackpot win for this progressive jackpot video poker game is $13,027, and there have been a total of 96 jackpot wins as of July 2014.