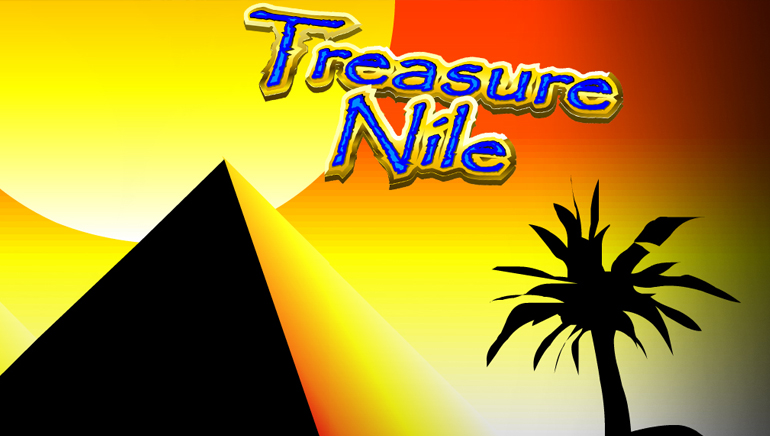 Treasure Nile takes players onto a hot Egyptian jaunt, where free spins, bonuses and jackpots are all put into the mix.

The progressive jackpot at Treasure Nile is reset at $40,000 and hits an average of seven times per month. Don't forget you need MaxBet to qualify.

The biggest Treasure Nile payout to date was a fantastic $520,625 but the average payout is not to be sniffed at either, at a handy $166,293. The progressive jackpot pays out when 5 Gold Pharaohs are hit.

Treasure Nile takes you back to the ancient civilization of Egypt; land of the pharaohs and home to the famour pyramids. Symbols include sphinxes, pyramids, pharaohs,scarab beetles, cobras and other famous emblems.

Treasure Nile was the first online slot to introduce scatter pay - which is triggered if the scarab beetle appears on three or more reels. The wild is a pyramid and can substitute for any other symbol.

This online slot has an incredible 35 winning combinations giving players more chances to win both regular prizes and the big progressive jackpot.

Treasure Nile was the first of Microgaming's five-reel, nine-payline video slots. With 35 ways to win and regular hits, this online progressive slots has a huge following and was one of the first video slot games released in mobile version.

With more ways to win and regular payouts, Treasure Nile is an online progressive slot that's always worth a spin or two.