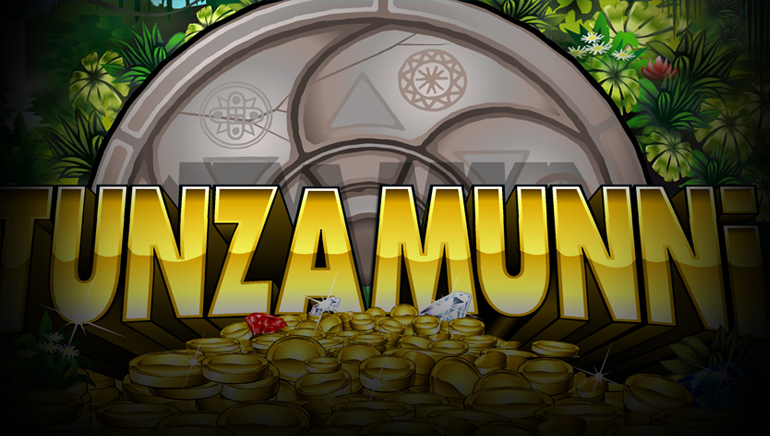 Tunzamunni keeps things nice and simple and tips its hat to the old days. Reminiscent of traditional slots machines, the symbols and simplicity of this 3 reel, 1 payline game is great for beginners and fans of retro slots alike.

The Tunzamunni jackpot resets at $10,000 but frequently reaches the $100,000 mark. It is one of the cheapest progressive jackpots on the net with the qualifying bet being just 25 cents.

To win the jackpot players need to get three sevens in the order of silver then red then blue. Other combinations of symbols trigger prizes of up to 5,000 coins.

Tunzamunni slot has a traditional slot machine theme and has the familiar bells, bars and sevens. Playing Tunzamunni is like taking a trip down memory lane and finding a forgotten treasure.

There are no frills in this game; no bonuses, multipliers, scatters, wilds and so on. There are no complicated rules or unknown features; your reels either align to a winning combination or they don't.

Tunzamunni launched in 2002 and its classic format appealed to many from the very beginning.

In 2005, the first ever Tunzamunni jackpot winner hit the jackpot for a second time. Following on from an initial win of $33,543 they pocketed an even bigger jackpot of $51,666.40.

Take a nostalgic journey with a visit to an online casino offering Tunzamunni - you will not only enjoy the simple pleasures of a traditional slot but line yourself up for the chance of a big money prize.