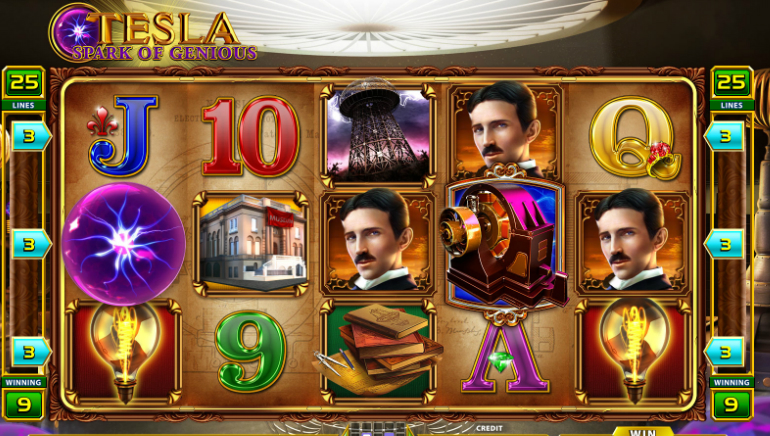 GameArt, a well-known developer of high-quality casino slots based on the HTML5 technology has entered a partnership agreement with NYX Gaming Group, a company with offices in the USA, Australia, and Sweden. The deal will see a number of GameArt gaming titles become available through NYX Gaming Open Gaming System (OGS) network.

The reseller agreement will allow NYX to offer numerous GameArt title through their distribution network, including popular slots like Queen of the Sea, Emperor's Wealth, Tiger Heart, Dragon King, DaVinci Codex, Tesla Spark of Genius, and much more.

According to Maja Lozej, GameArt CEO, the partnership with NYX Gaming is the right move becuse the company has one of the widest distribution networks in existence. By becoming a part of the OGS network, GameArt titles will reach a much wider base of potential customers.

At the same time, NYX strives to create as many partnerships as possible with quality gaming providers to further establish and popularize their online casino solutions. The partnership with GameArt is another step in that direction, adding more exciting titles available to operators from around the world.

GameArt is a relatively new company in the world of casino game development, established in 2013. However, they quickly claimed their place in the market by developing high-quality games featuring interesting game dynamics and modern graphics.

Over the several years the company has been around, they established partnership agreements with numerous solution providers such as 1x2 Gaming, Slotegrator, SoftSwiss, iSoftBet, BetConostruct, BlueOcean Gaming, and more.

The agreement with NYX comes as yet another confirmation that GameArt is a company capable of delivering gaming content of the highest quality, offering fast and exciting entertainment for slots players around the globe.

NYX Gaming's Open Gaming System platform already contains well over 2,000 titles, including many of their own, in-house developed games, as well as slots provided by more than 40 certified iGaming suppliers.