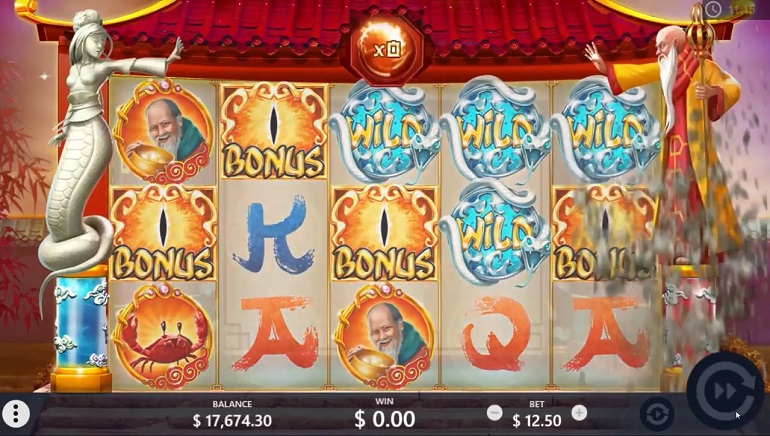 Bai She Zhuan is a unique new slot game from Pariplay that stars a Chinese monk and a lady, each encased in stone. Players chip away to free the protagonists and release bonus features such as free spins and a pick-a-prize round.

The game is based on the Chinese Legend of the White Snake. It plays out over 5 reels and comes with 25 paylines of action. Symbols include high-card icons, a palace, bowl and the main characters. Consecutive 'Blue' or 'Red' winnings will begin to release either the lady, or monk from their concrete prisons.

Wild symbols include a turtle and a snake, each of which can substitute for others if needed. The turtle can turn an adjacent symbol into an extra wild and awards a respin, while the snake expands to 3 more positions.

Fair Gaming On All Devices

Bai She Zhuan can be played on desktop and mobile platforms. It's fully licensed and certified for fair play, with spinners from around the world able to enjoy the game in 21 languages at PariPlay casinos.

The Commercial and Marketing Director at Pariplay, Richard Mintz has said, “Bai She Zhuan offers an epic gameplay experience that will engage players through rewarding bonus features, which are unlocked by achieving optimal symbol combinations as well as by helping Bai Suzhen and Fa Hai escape their concrete prisons. We’re very excited to share the Legend of the White Snake with our partners and players.”