Do You Celebrate Holy Week In Your Country? 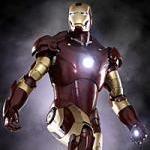