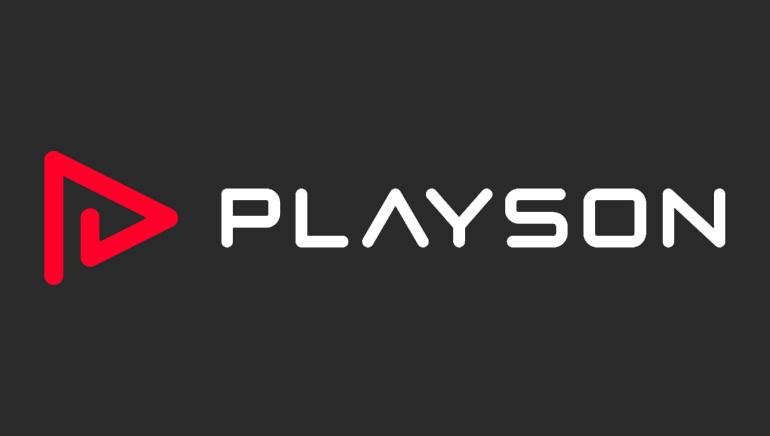 Playson has etched itself into the hearts of players worldwide, due to high quality and top notch game design.

Playson has etched itself into the hearts of players worldwide, due to high quality and top-notch game design. Established in 2012, the company has quickly grown in size and quality, positioning itself to take on and challenge many game developers that have been present in the industry for decades.

Playson is a provider of iGaming content for land-based, online, and mobile casinos. Based in Malta with another game studio in Ukraine, this company employs a number of skilled experts from different relevant fields who oversee the creation of some of the best casino gaming solutions in the industry.

In July 2019 the company received a Class II license by the Romanian regulator ONJN, to operate in the country.

Bursting Onto the Scene

Playson was fairly unknown for a couple of years until they decided to participate in the biggest trade show in the iGaming industry called ICE in 2014. Their participation instantly got them the notice that they deserve and has led to sales and international recognition. The two years in relative obscurity were well-spent, though, as the company used to time to create and strengthen the important strategic partnerships that would help them move forward.

Using the latest technology has to offer, Playson develops gaming solutions featuring high-quality graphics, 3D animations, and more, all with the aim of providing players with the ultimate gaming experience. Apart from figuring out the visual aspect of their titles, the company has also obtained a gaming license from the UKGC, clearly showing the coding behind all the bells and whistles is up to the highest industry standards.

With a winning suite of casino games including around 50 titles, Playson's ever-growing library includes a nice selection of slots such as Skyway, Lucky Pirates, Spirits of Aztecs, Rise of Egypt, Claws vs. Paws, Legend of Cleopatra, and much more. Some of their latest releases that have hit home with the players are Fruits & Jokers: 40 Lines, Viking Gods Thor & Loki, Book of Gold: Double Chance, Wild Warriors, God of Wild Sea, Joker Expand: 40 Lines, and much more.

All of the company’s slots are available for play on desktop computers and across a range of mobile devices, utilizing modern HTML5 technology for mobile platforms. The ability to serve players across different platforms is certainly one of the more important strengths of the company looking to stay relevant in the highly competitive gambling industry.

Apart from slots, the company also produces a limited range of electronic table games, offering several variations of always-popular gaming choices like blackjack and roulette. However, slots remain the primary focus of Playson, whose team of developers constantly strives to produce games that are not just new in name but also in terms of graphics and features offered to the players. The focus on slots doesn’t mean that the rest of Playson games are sloppy in any way, as their limited range of table games and video poker machines also features high-quality graphics, player-friendly user interface, and smooth gameplay players have come to expect these days.

In general, Playson titles draw inspiration from all walks of life, from myths and fairy tales, over history, to pop culture and modern-day events. Players are given chance to relive the mythical adventures of Odysseus, join brave and ruthless pirates on their sea adventures, travel back in time to the period of ancient Egypt to explore hidden riches of mysterious pyramids, go down to a local pub for a quick pint, and much more. Despite the somewhat small gaming portfolio in terms of sheer numbers, Playson certainly has a very diverse library of games that should offer something for every gaming taste out there, in terms of theme and gameplay alike (the number of lines, special features, winning potential, etc.).

Constantly working to expand its gaming portfolio, the company continues to create visually appealing and engaging games across the spectrum. Many of their releases, apart from being visually rich, with crisp 3D graphics and animations, also come equipped with modern features such as symbol drops, innovative bonus games that go beyond the thread of the mill free spins, entertaining gamble features for those players who enjoy the occasional punt to try and double their base game and bonus wins, and more.

Playson’s offer includes much more than just gaming titles. The company has developed a series of promotional tools for their partners to use, making the addition of Playson title’s to any operator’s portfolio a really worthwhile business decision that stands to pay off in the long run.

Free spins are probably among the most popular such features, allowing casinos to grant free spin rounds to their players to try their luck on Playson games and see how they like them in the real money mode without actually risking any of their own cash. Likewise, the Feature Trigger tool that allows instant access to a key feature of the game can also be made available to players by a casino.

Playson has also developed a refined tournament system for their slots, allowing casinos to create competitions and leaderboards for their players. The way the system works is by counting only the win multipliers, which means that all players have equal chances of winning a tournament, regardless of what stake they play on.

Finally, many of the company’s releases feature different jackpots – mini, minor, major, and grand jackpots, as well as different daily jackpots that can be won. These make Playson slots even more appealing to the players, offering a shot at some really big scores even at the lowest of stakes.

Playson's jackpots became integration-free in 2019, allowing their operator partners to easily offer them to players.

Operators that understand high quality have already chosen to partner with Playson. The software can be created with the platform provider or installed via direct integration. Playson is able to design and personalize casino games and match titles to brands' objectives, which significantly increases the appeal of partnering up with the iGaming provider.

Playson gaming content can be found at leading casinos like Mr. Green and the company has partnered up with industry leaders like iSoftbet, EveryMatrix, Leander, Quickfire, and more. As time goes on, so will the unique development at Playson, ensuring many more exciting games to come and more mutually beneficial partnership agreements.

Bet it All Casino

Would you like to learn more? Visit the following link for more details and information: playson.com.